Is It Legal to Carry a Knife?

Is It Legal to Carry a Knife?

The laws concerning knives differ between states. Whether you can carry a knife will depend on the laws of your state and your local municipality. Federal laws apply for people who are travelling across state lines or entering federal property, such as a military base.

Even though all states have some variation of knife laws, there are laws regarding knifes that apply to all citizens.

What Is the General Rule?

It is generally legal to carry a knife. However, there are often limits concerning:

In most states, all pocket knives, leathermans, and multi-tools are allowed. The blade of these knifes must be under 2.5 or 3 inches.

Note that carrying one of these knives is usually not allowed in courts, planes, schools, and certain buildings restricting the possession of weapons.

How Do States Differ?

State laws tend to be much more specific than general carrying laws:

Do I Need a Lawyer for Criminal Knife Possession?

If you are facing criminal charges for knife possession or assault with a knife, you should speak with a criminal lawyer immediately. Your attorney can advise you on how to proceed according to state and federal knife laws.

If you or a loved one has been injured with a knife, you should speak to a personal injury attorney immediately to learn more about preserving your rights and remedies. 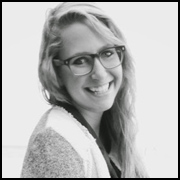 Danielle received her Bachelor of Arts and Paralegal certificate from San Francisco State University, where she studied Communications and Criminal Justice. Her contributions to LegalMatch extend beyond the Law Library, where she contributed to our LawBlog and wrote about a wide variety of topics. Her additions to the Law Library include comprehensive guides on family law and criminal law. You can learn more about Danielle by checking out her Linkedin profile.