Cold Weather is Coming, Along with Icy Sidewalks

Fall is right around the corner and cold weather comes with a host of liability issues. If you live in a part of the country that experiences freezing temperatures, slippery driveways, and icy sidewalks, you may have questions about your responsibility to keep them clear. 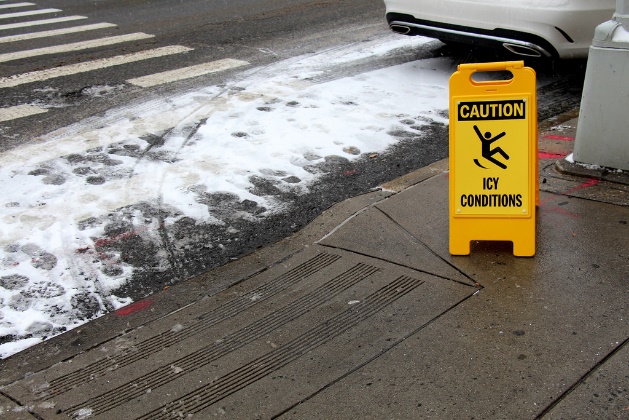 Generally, if the snow and ice have naturally accumulated, and there was no fault by a property owner (e.g., water from a garden hose freezing over the sidewalk), then it's possible the owner will not be held responsible for a slip and fall accident. After a storm, businesses and property owners have a reasonable window of time to shovel snow and use some form of ice removal on their sidewalks, driveways, and parking lots.

State laws differ on who's responsible for clearing public sidewalks. Some say the city is responsible, whereas other states are less clear. If you live in one of the states with less than clear laws, then it's possible that the city and the property owner could both be held responsible.

Slip and fall cases can be difficult to win in court. If you have fallen, make sure to document the area, and file your claim quickly as the time limits of doing so are short. If you fell on government property, it could prove more difficult to recover damages due to governmental immunity. Bottom line, make sure you immediately take pictures of where the accident occurred, then speak with an attorney who specializes in personal injury law.

We've all seen those "student driver" cars around town, manned by a teenager who's white knuckles are desperately clinging to the steering wheel. Many parents fear the day their child gets their driver's license, along with every other driver on the road. The back to school days are here, and high-schoolers everywhere will be piling into their friend's

Teenagers who begin driving have a lot of new responsibilities on their shoulders. The old doctrine of "vicarious liability" which holds parents responsible for their child's car accident is no longer adhered to the same way today. Parents may still be held liable, but so can their kids. 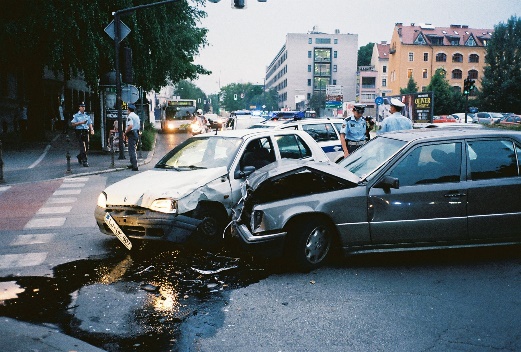 To start, the child can directly be charged for their own careless driving. If the parents had prior knowledge of their child's reckless behavior which caused the accident, then they can be held liable, too. For example, if you know your teenager has a bad habit of texting while driving and you don't do anything about it, you could be on the hook. Or, maybe your teenager has a substance abuse problem, and they kill someone while driving under the influence. It could all end very badly for the teen and parents alike.

Parents can also be charged if they live in a state with the "family purpose doctrine." This doctrine holds that the owner of the vehicle can be held responsible for the accident when used for a family purpose, even if they weren't driving. So, if a teen driver gets in an accident on her way to pick up donuts for the family, her parents may be held liable for the crash.

In Pennsylvania, a teenager was on her way to pick up a breakfast sandwich for her dad when she rolled his suburban, killing 3 teenage boys inside. Her father was charged with involuntary manslaughter and child endangerment, amongst others. Tragedies such as this can be prevented, and discussing the seriousness of operating a moving weapon with your child is imperative.

When a Tree Falls Into Your Yard… Do You Clean It Up?

Imagine getting ready to head to work, coffee in hand, when you are confronted with the shocking surprise of a downed tree in your yard. Or, maybe said tree landed perfectly on top of your shiny new car. What do you do? 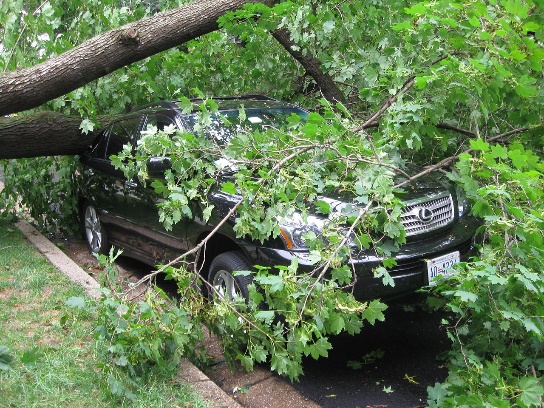 Prevent it before it happens. Tree upkeep is important, not only for the health of the tree (because sick, fragile trees are not your friend), but because regular trimming and pruning can prevent you from being held liable for your tree ruining your neighbor's day. Falling branches can ruin your day, too. Emergency room visits and/or being sued can put a serious dent in your wallet.

All too often, the aftermath of a neighbor's weekly leaf blowing session ends up next door, and a person is left wondering who should clean them up. If the leaves are on your property, they are your responsibility. If your neighbor's tree falls into your yard and damages any property, your homeowner's insurance or comprehensive auto insurance will usually cover some of the cost.

If a fallen tree comes down to a lawsuit, courts look at premise liability and a person's reasonable standard of care. If they maintained the tree, they're usually not liable. Weather is considered an Act of God, so if a hurricane or tornado hits, there's no one to blame but Mother Nature.

A typical insurance payout for tree removal can range from $500 to $1000, but costs can go higher. Since insurance companies can be a little tight handing out cash, it may be a good idea to prepare yourself for the extra costs of maintenance and last minute emergencies.

Though drinking before the age of 21 is illegal, college students across the country are throwing caution to the wind and gearing up for weekends filled with beer pong, keg stands, and rounds of tequila shots.

Binge drinking is a common practice and is usually always followed by seriously poor decision making. Many schools have fraternities and sororities where drinking excessively is part of the hazing process. On the night of February 23, 2017 a young man attending Penn State died as a result of his fraternity's hazing ritual. Surrounding members of the fraternity did nothing to help him, and as a result, 18 students were charged in his death.

Rape is another big issue afflicting college campuses. Slipping date rape drugs into the drinks of unknowing victims is all too easy in a setting where beverages are handed out like candy on Halloween night. Protect yourself. Never accept a drink from someone you don't trust (get or pour your own), never leave your drink unattended, and use the buddy system. 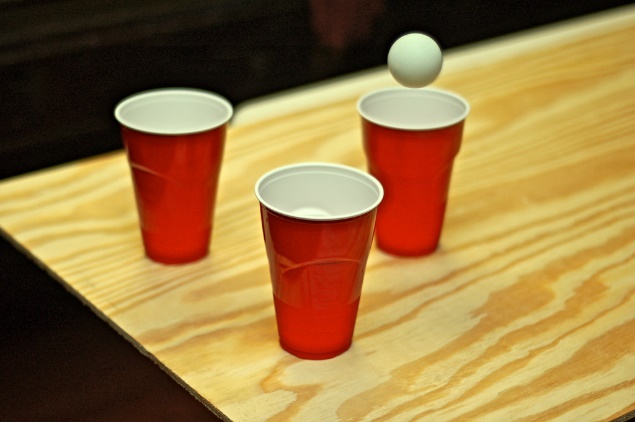 Injuries and destruction of property are commonplace when alcohol is involved. If you have provided alcohol to a minor, you may be held liable for anything that happens while they were intoxicated. Other students may also be held liable, particularly when coercion to drink is a factor, as outlined above in the Penn State tragedy.

Whether you are underage and drinking or an adult providing alcohol to minors, you could face criminal or civil charges. Minor in possession (MIP) charges are common misdemeanors on college campuses. If property is damaged, a misdemeanor or felony charge could be brought, depending on the extent of damage. Avoid having a rap sheet, and think before you drink.