How Many Drinks Does it Take to Get Legally Drunk? 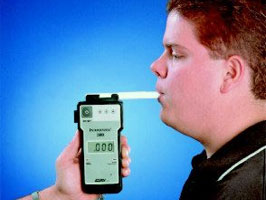 Driving Under the Influence (DUI) or Driving While Intoxicated (DWI) can be the biggest mistake you ever made. The penalties are mind-boggling: license suspension, jail time, fines (hefty at best), felony charges, and in cases with a personal injury, a DUI/DWI charge can open you up to a serious civil lawsuit.

Luckily for us social folks, the law provides a window between stone-sober and “legally drunk” (which can feel like barely a buzz to some).

Obviously, it’s always best to err on the side of sober. However, if you’re out with colleagues or friends and find it’s time to go home, here's a handy drink guide. While DUI/DWI intoxication levels vary from state to state, the California DUI Drink Chart represents the standard numbers in most states.

If you’ve been arrested or charged with DUI or DWI then you should consult a local criminal lawyer immediately. Many criminal lawyers specialize in DUI/DWI cases and may be able to show that the case should be thrown out because of an illegal stop or even negotiate a plea bargain.   Don’t let one mistake affect the rest of your life. Jobs and home loans are much more difficult to obtain with a criminal record. 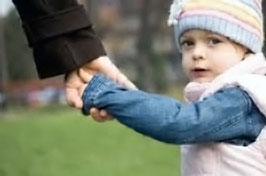 Child visitation arrangements can be precarious and frustrating situations.   These circumstances can be exacerbated if you are not on good terms with the custodial parent (divorce, separation), or you are not directly related to the child (grandparent, step-parent, etc). Many people who are denied child visitation are forced to find a lawyer who can handle the issue. In fact, child visitation disputes are one of the most common cases taken by family lawyers.

Below are 3 common FAQs associated with child visitation:

2. Can a custodial-parent deny visitation to the other parent?

Generally, a custodial parent cannot deny visitation to the other parent unless ordered by a court. Even if the non-custodial parent is late on child support, they are able to see the child.

3. Why would a court deny child visitation?

There are a number of reasons that a court can refuse child visitation. Some of the most common reasons are:

If you’re being denied visitation of your child or need to have an unreasonable visitation order changed, a family lawyer can help you. 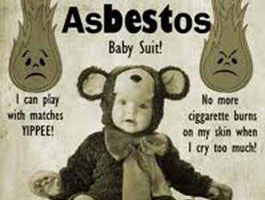 There is a broad range of professions forced to deal with issues of toxic exposure. Despite OSHA rules and regulations to keep workers safe, nothing is guaranteed and toxic substances can be found in everything from the air we breathe to our homes and workplaces. A person can become ill or even die from prolonged exposure to these toxins. Some of the most common examples include:

These are just 4 of the most common types of toxic substances that can result in successful injury lawsuits. While a seasoned lawyer in your area will be able to help you prove toxic exposure was the cause for your sickness, it’s important to seek medical attention as soon as possible. In many cases, your lawyer and doctor will work together to help you get compensation for injury or, in extreme cases, wrongful death. The key is consulting with a lawyer today. 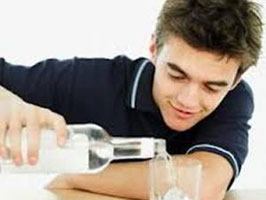 It’s likely you’re familiar with the LegalMatch Law Library. You may not have guessed that a surprising number of articles concerning minors have jumped in popularity lately. The increase in searches either means that our children are having a “legendary” summer, or that they’ve been up to no good.

Regardless, we’ve brewed up a little legal guide for the minors who are assuredly logging on BEFORE shoulder-tapping outside of 7-11 or buying cigarettes.

In most states, it’s a crime for a minor to have alcohol or drugs in their possession, regardless of whether they were using them. The charge they will most likely receive is a “Minor in Possession” charge (MIP). An MIP can be doled out to any minor who possesses drugs, alcohol, and even firearms.

MIP Alcohol: A minor in possession of alcohol will be subject to criminal charges if they are younger than the state’s legal drinking age and possess alcohol, or attempted to purchase alcohol, or drank alcohol, or appear visibly intoxicated. Minors do not even need to be driving or have full alcoholic containers to be cited for a MIP.

The repercussions for a MIP conviction are monetary fines, jail time, court-ordered rehab and/or a substance abuse program, and even mandatory community service. Additionally, minors can loose their driving privileges for one or more years.

The moral of the story is to think before you act. If you’ve already “acted” then hire a lawyer today.