How to Enjoy Fireworks and Avoid Noise Complaints

Love them or hate them, the season of fireworks is kicking off this month, and so are its accompanying noise complaints. For some, fireworks symbolize freedom, patriotism, and the birth of our nation. For others, fireworks ignite feelings and memories of past trauma that can instigate a reaction—especially if someone is not prepared for, or forewarned about the noise and thunder that accompany explosions. People are not the only ones who are affected by fireworks, either. Many pets are terrified of the noise, and probably wish we would skip the Fourth of July altogether. 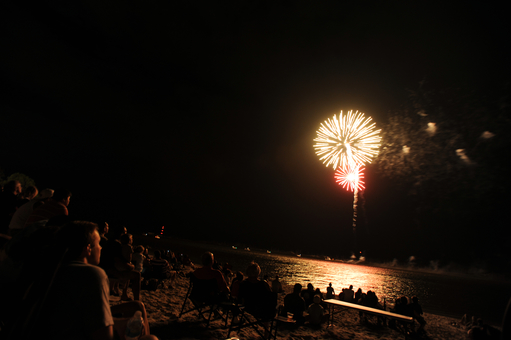 If you are planning on lighting fireworks, be sure to first check the laws in your jurisdiction to ensure that they are allowed. If so, try to be a courteous neighbor and let your neighborhood know what you are planning.

Give them enough time so that they can make other plans for that evening in case they don't want to be around the fireworks. Since the noise can be widespread, putting up fliers around the neighborhood could also be helpful.

To avoid noise complaints, try to avoid the noisy fireworks, as some are a lot louder than others. If possible, let off the fireworks in an open area, as noise bounces off structures. Smoke can build–up in close spaces, so the more open the area, the better. You may also stand less of a chance of annoying your neighbors, by lighting the fireworks early, and concluding the show no later than 10:00 pm to 11:00 pm—preferably on weekends.

It goes without saying, safety first when handling fireworks. A noise complaint will be the least of your worries if you light off a Roman candle into a crowd of people. Make sure what you are buying is legal. The more you can reduce your risk of negligence, the better. Often times, alcohol is involved in lighting explosives, and that in and of itself comes with a host of liability. Actually, you may want to persuade your old college roommate to throw the fireworks party instead. Change the address on the fliers, and you are good to go!

Distracted Driving, Don't Do It!

Summer is full of distractions: ice cream trucks, neighborhood water balloon fights, and children running wild and free. This is all great fun, unless you are driving, and your cell phone falls between the seats. Instinctively, you reach to pick it up, and suddenly hear crunching underneath your car. It is far too easy to become distracted behind the wheel. A split-second of taking your eyes off the road could not only change your life forever, but the lives of your victim and her family.

This statistic may or may not come as a surprise: having children in the backseat can be 12 times more distracting than using your cell phone while driving. No matter what the distraction is, it's not worth the ticket, and especially not worth the risk of criminal charges and a civil lawsuit. States vary on distracted driving laws, though most have enacted laws against it.

Some states set the following general parameters as to what defines distracted driving: 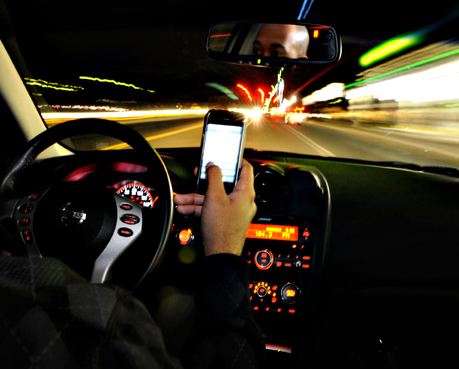 A driver is doing something that:

Other states specifically forbid drivers from partaking in certain behaviors and activities while driving. Cell phone use, grooming activities such as shaving and makeup application, reading and writing, and other common distractions may be ticketed.

Though most states have banned the use of cell phones while driving, you may still be ticketed in states that have not banned the activity, as using one without a hands–free device may violate general laws against distracted driving.

This means an officer will pull a driver over for a primary offense, such as not wearing a seat belt, and then will also ticket the driver for using a handheld cell phone. Fines vary widely, depending on where you are caught. The maximum fine for a first time distracted driver offender in California is $76, whereas getting pulled over in Alaska can land you a $10,000 fine and a year in prison.

Alaska's penalty for using a cell phone while driving doesn't hold a candle to the consequences for a distracted driver who hits a pedestrian. The law of negligence comes into play when a pedestrian is struck by a car. If there was negligence on the driver's part, such as distracted driving (e.g., talking on the phone, texting, checking maps or GPS, changing radio stations, etc.), it is highly likely that criminal charges, steep fines, and possible incarceration will follow. Additionally, the victim may sue for damages. Phone calls and text messages can wait; hurting or killing someone because you can't wait to look just isn't worth it.

The Danger of Outdoor Fires

Humans and fire go way back, yet after thousands of years, we have not yet mastered its safekeeping. People have been carelessly starting wildfires since the beginning of time, and continue to do so—whether accidentally or intentionally. The careless flick of a cigarette, or using a little too much lighter fluid can land a person in a lot of hot water, and a mountain of debt.

If you cause a wildfire, you will more than likely be held liable for the destruction and costs associated with putting it out. In Oregon, a 64–year–old man is being sued for $892,000 after his campfire sparked a 200–acre forest fire while he napped. Not only are campers held liable for wildfires, but homeowners who neglect to take proper fire prevention measures may also be held responsible for the costs of fighting any wildfires they may have caused.

A Palm Springs man failed to properly maintain his electrical junction box, which resulted in a wildfire that burned 43 square miles of the surrounding area. The government sued the man for $25 million, along with a pair of caretakers of the home. Outdoor deep fryers are also notorious for catching structures on fire. If a homeowner doesn't take the necessary steps to prevent a blaze, they may be liable for damages. 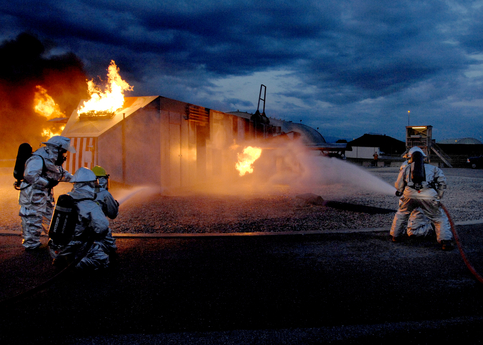 When a person catches their own home on fire, they are responsible for the aftermath. Whether charges are filed will depend on whether there was intent, and other circumstances surrounding the fire. Arson is not uncommon for people looking to cash–in on an insurance payment, and penalties for doing so usually involve incarceration. For those who fall asleep with a lit cigarette, or leave the stove on with a towel near, a criminal charge may follow—depending on state law and the prosecutor who's desk it lands on.

Generally, accidental house fires will be covered by a homeowners policy, though it may not fully compensate for the loss. Talk to your insurance agent to make sure you have the coverage you want. Decent homeowner's insurance is important, because even dogs start fires. In February, a pup started a house fire after stealing pancakes off the stove. You really never know when something catastrophic can hit, and being prepared for the worst sets you up for the best possible outcome.

How to Use the Latest Summer Toys, Safely 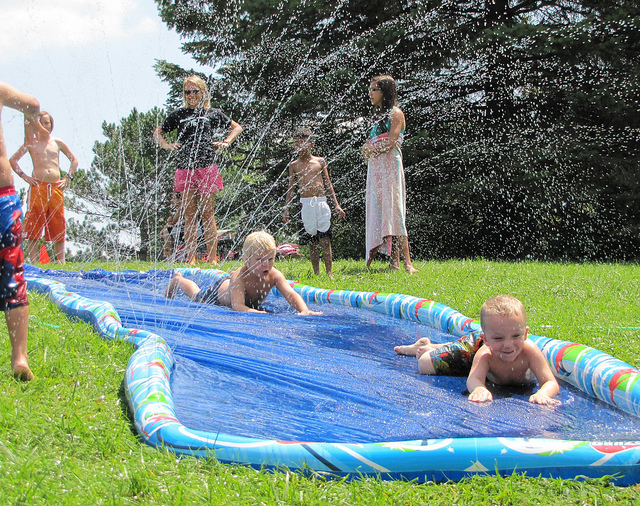 Just because we get older, doesn't mean we can't enjoy our children's toys—or at least test them out to make sure they are working properly. A lot of toys may work properly, but they still pose a hazard to your child's safety. For instance, take the Spider–Man Spider–Drone that landed on the "Do Not Buy These for Your Kids" list. Why did it make this infamous list? For starters, its multiple rotating blades may potentially cause serious eye and bodily injuries that even Spider Man can't fix.

Of course, there are other toys that have an obvious factor when it comes to danger. The decades–old Slip and Slide, and now the H2OGO! Water Slide (note that the former now has a speed ramp) both include short directions that tell consumers to clear debris and to use a garden hose.

Let's say you borrowed the water slide from your kids and for some reason, you decided to use vegetable oil instead of water. Additionally, your friends were partaking in a friendly game of beer pong at the end of the slide. If someone were injured due to improper use of the water slide, the company may avoid liability because of the deviance from its intended (and stated) purpose.

Another popular toy is the water balloon launcher. This toy is intended to launch water balloons, but for those who had them in college, eggs and mangoes may have also been on the menu. The misuse of this toy could cause severe injury, and again, if someone is launching something they shouldn't, it is possible that the company may not be held liable.

However, many injuries, particularly those of the eyes, have also occurred from water balloon impact, and anyone involved in an injury accident could face civil liability. In Missouri, three fraternity brothers were sued for damage to a sorority sister's eye after she was bombarded with water balloons.

The companies who make these toys may also be sued. In Florida, a water balloon launcher manufacturer was sued for negligence and products liability when the slingshot failed and part of the device struck and injured the plaintiff in the eye and face. Needless to say, the plaintiff walked away with a nice settlement.