Landlord Liability for Tenant Falling Out of Window 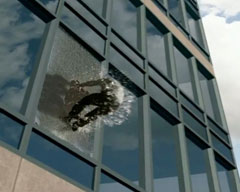 A woman from Corvallis, Oregon filed a lawsuit against her apartment management company because the company did not install window guards that could have prevented her from falling out of her window. Shelbi Macholz, age 22, had been sleeping in a bed adjacent to an open window when she fell from the bed, and plunged three stories to the ground.

As a result of the fall, she fractured her lower back, pelvis and tailbone. She filed a claim seeking $230,000 in damages from Principle Property Management. She is seeking damages in the amount of $80,000 for medical expenses, and a maximum of $150,000 for pain and suffering, and loss of enjoyment of life.

It is a highly unusual case in that it focuses on the perils of open windows for adults. The dangers of open windows for children is already well-documented by the many instances in which they have fallen out of windows. The majority of window fall victims are age five or younger. Campaigns aimed at the prevention of falls from windows have largely been aimed at children. However, there are cases in which adults have fallen out of windows. Specialists in the area of sleepwalking have cared for patients who have tumbled from balconies or windows.

Although property owners, particularly rental property owners, have been encouraged to install window guards, or other devices to prevent falls from windows, such protection is seldom enforced by government agencies. Apartment building management companies are not required by the city of Corvallis to install window guards. But in New York City, where there are many high-rise apartments, buildings with three or more units are required to have window guards installed if children age 10 or younger reside in those units.

Your Right to Vested Employment Benefits 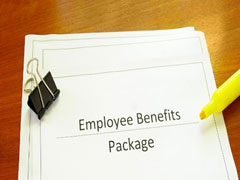 Many are curious to know what happens to their vested employment benefits when they leave their jobs. This may be sparked by an employee’s own desire to quit his job or even a sudden termination. Although employment benefits rights vary from state to state, most key concepts remain consistent throughout.

What Are Vested Rights?

Many states require employers to provide their employees with vested rights (i.e. benefits). Vested rights are employee benefits that employees accrue as they are working. The best example of this is vacation days accrual. This is because employees only get a certain amount of vacation days per hours worked. They earn the vacation days after working for certain hours, and they do not have an automatic right to them.

How Do Vested Rights Affect Employees?

Nonetheless, there are exceptions to those vested rights. For instance, the general trend is to treat sick days as non-vested rights. This is due to the conditions that must accrue in order for you to take sick days (i.e. being sick or to care for a sick family member).

What If My Employer Refuses to Pay?

Generally, employers are supposed to their employees their vested rights in their last paycheck or within 30 days of their last working day at the company. If the employer refuses to pay, then the employee can file a complaint with their state’s department of employment. Afterwards, the state will schedule an administrative hearing. During the hearing, the employer will carry the burden of proof to show the employee have no vested rights or the employer made an effort to pay.

If you need help with the complaint and want to know more options, please contact an employment lawyer. An employment lawyer can help ensure that your former employer carries the burden of proof and does not try to trap you into saying something incorrect to prevent them from paying. 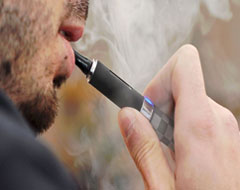 Vaping refers to the act of inhaling tobacco from an electronic cigarette or inhaling water vapor from a personal vaporizer. Vaping has become an alternative to smoking for many individuals wanting to quit or enjoy tobacco without the stigma attached. Recently, vaping has come under fire so to speak because of the possible health concerns and use by minors.

Currently, vaping in public is illegal in many major cities. In 2014, Los Angeles became the third major U.S. city to ban vaping in restaurants, bars, farmers markets, and parks. New York, Chicago, and Boston are other cities that have recently banned the use of e-cigarettes in public places.

Besides some major cities, states are banning vaping in certain areas. The following include some jurisdictions where e-cigarettes or vaping is unlawful: 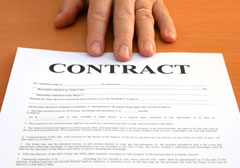 Contracts are an essential element of all business dealings. A contract is an agreement between two or more parties and that is legally enforceable. While it is best to have all contracts in writing, some oral contracts are enforceable.

Here are a list of the most common types of breach of contract: