Get Rich with Whistleblower Rewards 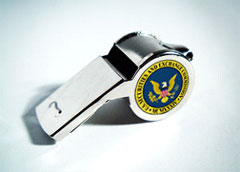 If you work for a company that routinely deals with the government, it might be beneficial to keep an eye on just how honestly your company is conducting their business. If your company has engaged in fraudulent practices with regards to their government business, you could be in for a big payday if you bring the fraud to the attention of the authorities.

The False Claims Act is a federal law that imposes liability and penalties on persons and companies that defraud government programs. In order to bring fraudulent practices to light, the False Claims Act includes a provision that rewards successful whistleblowers up to one-third of the total recovery. Considering that the US government has recovered nearly $40 billion between 1987 and the present day, there are significant rewards being paid out to whistleblowers.

Under the provisions of the False Claim Act, any company conducting business with the government can be liable for submitting fraudulent claims for payment. However, the subjects that show up most often in whistleblower cases are Medicare claims, Department of Defense contracts, and government shipping and transportation contracts.

How to Proceed If You Are a Whistleblower

If you believe that your company might be defrauding the government, it is important that you consider the appropriate steps before officially “blowing the whistle” on your employer.

With the 2014 mid-term elections over, the media is focused on the Senate. However, the elections also doubled the number of states that have legalized recreational marijuana. In these states, marijuana is treated like alcohol:

Identify Potential Lawsuits on Your Property 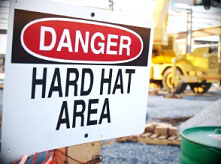 Property owners have a duty to make sure that there are no dangerous structures or conditions on their property that could harm visitors. Timely repairs or replacements can prevent injury and reduce the property owner’s exposure to legal liability.

Some factors that can help you to identify dangerous property structures include:

Note that premises liability laws can vary widely depending on the state. The amount of care that a property owner needs to apply when identifying and correcting dangerous structures may depend on the type of property involved as well as the type of visitor. You can contact a personal injury lawyer if you have any specific questions or concerns.

How Petty Crime Can Result in a Life Sentence 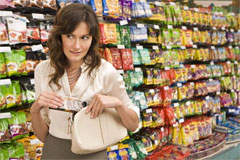 Timothy Jackson is currently serving life without parole in Louisiana’s Angola prison. His crime? Jackson shoplifted a jacket worth $159. Life without parole seems a little excessive given that the statutory punishment for that type of theft is six months in jail. These are the factors and laws that could lead a court to sentence a man to life without parole for a petty crime such as shoplifting: