What Are Personal Injury Accidents?

A personal injury accident occurs when someone suffers some type of harm or injury due to another person’s carelessness or disregard. A personal injury can damage the plaintiff’s emotional health, physical health, or both. Mental health issues generally include emotional pain and anguish sustained by the accident. A physical injury can include an injury to the plaintiff’s organs, limbs, or other parts of their body.

Following an accident, an injured person can file a personal injury claim against the responsible party, and use the civil court proceeding to collect compensatory damages for their injuries. It is important to note that personal injury law is distinctive from criminal law.

As such, when a person files a personal injury lawsuit, it is filed in civil court. Criminal actions may be filed separately if the incident which resulted in the personal injury was criminal in nature. An example of this would be a charge of assault and battery.

Personal injury actions may fall into one of three categories, each of which have separate sets of elements which must be shown in order for a plaintiff to be successful in their claim:

The most common types of personal injury accidents include:

Personal injuries can occur intentionally, including cases in which the defendant deliberately injures a plaintiff. This also includes when the defendant intends to commit an act which results in injury to the plaintiff.

Personal injuries may also occur unintentionally. If an unintentional injury is the result of the defendant’s negligence, the plaintiff can file a civil lawsuit based on that negligent behavior. Negligence cases commonly include:

What Are Compensatory Damages?

If the personal injury plaintiff files a lawsuit, they will generally request some form of financial compensation from the defendant. These damages are known as compensatory damages, because they compensate the plaintiff for injuries which they suffered.

Special damages include damages which can be calculated, including:

General damages are awarded for those losses that are not easily calculated. This may include losses such as:

In order for the plaintiff to receive compensatory damages, they must prove several elements of their claim. An example of this would be how the plaintiff must show that a loss has in fact occurred, and that the loss was caused by the defendant.

Examples of various forms of evidence which may be used to support the plaintiff’s claim include:

Common types of claims which result in compensatory damages for the plaintiff include:

When calculating the amount of compensatory damages that are to be awarded, the court will generally consider a wide range of factors related to the case, such as:

It is important to note that there may be circumstances in which the plaintiff’s damages award can be reduced or limited. An example of this would be how if the plaintiff contributed to their own injury, it may reduce their damages under contributory negligence laws.

What Are Common Damages For Scarring And Disfigurement Lawsuits?

Scarring and disfigurement can result in several kinds of damages, similar to those previously discussed for personal injuries in general. An example of this would be special damages, which are also known as economic damages. To reiterate, special damages cover only tangible harms that can be easily translated into a specific dollar amount. As such, they are calculated according to fair market values at the time of the injury. A common example of special damages would be an award for lost wages or medical bills.

They are usually placed in contrast to general damages, or compensation, which are awarded for intangible losses that may be difficult to calculate. Once again, examples include:

Both general and special damages in a personal injury lawsuit are included under the broader category of compensatory damages, which are intended to compensate the victim rather than punish the defendant.

In terms of scarring and disfigurement lawsuits, special damages cover calculable economic losses which are actual losses that a scarring victim can suffer. This is because of the bias that exists out against disfigured people.

When general damages are being awarded, the jury can use their emotions in order to judge the emotional worth of the plaintiff’s suffering. This is because no legal principle can prescribe exactly what emotional suffering is worth.

Punitive damages are damages meant purely to punish the defendant, and they are generally only awarded in particularly egregious cases. An example of this would be if a product was designed so dangerously that the manufacturer knew that it would cause someone to be scarred and disfigured, but sold the product anyway.

Do I Need A Lawyer For Help With Damages For Scarring And Disfigurement Lawsuits?

If you have been involved in a personal injury that has left you scarred and/or disfigured, you should consult with a personal injury attorney immediately. Your personal injury lawyer will help you understand your legal rights and options according to your state’s specific laws, and will also be able to represent you in court as needed.

Need a Personal Injury Lawyer in your Area? 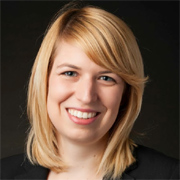