Components of a Music Licensing Agreement

When a musician creates an original song, they own the copyright to the song, which comes with a number of different rights. These rights are sometimes referred to as a “bundle of sticks,” because each right has value and can be individually licensed or sold as the artist chooses.

First, a song can be licensed for a single purpose, a number of purposes, or for all purposes. The more rights the artist licenses, the greater the value of the licensing agreement. However, the artist may lose some of his or her own rights to the song depending on other conditions of the agreement.

Another important factor to consider when licensing music is exclusivity. This component will largely determine what rights to the song the musician will maintain.

Here, the contracting parties decide whether the song may continue to be used or sold for other purposes outside the licensing agreement, and for what purposes.

For example, the film producer may wish to purchase exclusive rights that prevent the song from being licensed for use in other films. However, the musician could grant this request, and still bargain to maintain rights to use the song for other non-film related purposes.

One should consider how long the license agreement will last. The duration can be fixed by a set period of time or be contingent on other events.

In the film example, the producer would likely want rights to use the song in the film indefinitely. However, if the artist were instead licensing a song to an online music- streaming site, the artist may choose to only allow the song to be available for stream for a set period of time.

In some instances, a music licensing agreement can specify a geographic location for which the agreement is applicable. For example, a musician could license their song for its use in a commercial that will be broadcast only in China, and bargain to maintain rights to license the song for other uses in the United States.

A musician can contract to maintain rights to royalties from profits earned by the party licensing the song. For example, the musician could contract with the film producer to receive a portion of profits earned from the film’s soundtrack sales.

Royalty agreements may be used in addition to, or in replacement of, other methods of payment for the license.

A musician may decide whether or not a licensed song may be augmented in its use. Augmentation can include clipping the song, or more extensive remixing. Here, an artist may prefer to maintain the integrity of the song in its original form, or may be willing to accommodate the needs of the licensor.

While each of these components are commonly addressed in a music licensing agreement, there are countless other factors that may arise depending on the unique needs of the musician and the party licensing the song.

If you are considering entering into an agreement to license your music, it can be extremely helpful to consult an experienced copyright lawyer. Hiring an attorney will ensure you understand exactly how the agreement will affect your rights to your music and will maximize the value of your contract.

Need a Copyright Lawyer in your Area? 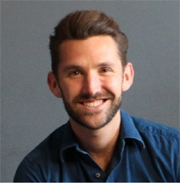