When Love Doesn't Last: How to Split the House 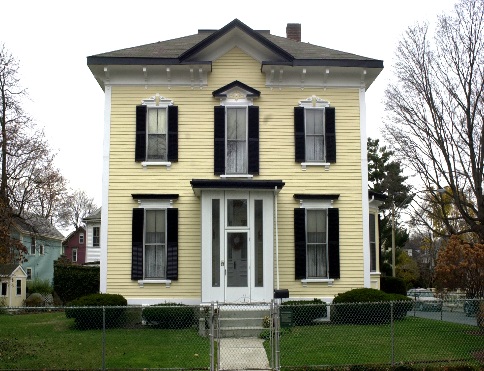 Buying a house is a big step in anyone's life, but when love doesn't last and you've given back the ring, you're left with a divorce. Dividing up marital assets can be an even bigger and, quite certainly, daunting task. When it's all said and done, how do you even split up the house?


Most mortgage lenders will still consider you married and equally liable, so you've basically got 2 major options when it comes to the house:


If on the off chance you and your spouse don't legally own the house together, there are a couple of different ways this can be handled, but it definitely depends on the state you're in and when the house was purchased. If you're in a state that handles all property as marital property, it won't matter whose name is legally on the house because it will be split up according to your state's law. However, if your spouse purchased the house prior to your marriage, that can be a different story entirely and will depend on whether your state considers pre-marital property as one.

How Do You Even Determine Who Owns What?

This can be a tricky one. The general presumption is that if you're both on the deed, then you're 50/50 owners. Fights often arise, though, when one spouse feels they own a higher percentage. Say, for example, you paid the entire down payment on the house, but split everything else equally. Then what? Well, it depends on your state, but typically you will get to count that portion towards your column of assets. It may not be in the form of a greater percentage of equity, it could be offset in the form of immediate monetary compensation or delayed compensation, like a higher share of your spouse's retirement, for example.

Just as you want an expert helping you in the process of buying a house, hiring an attorney experienced in divorce and property settlement will be crucial to ensure a fair settlement. 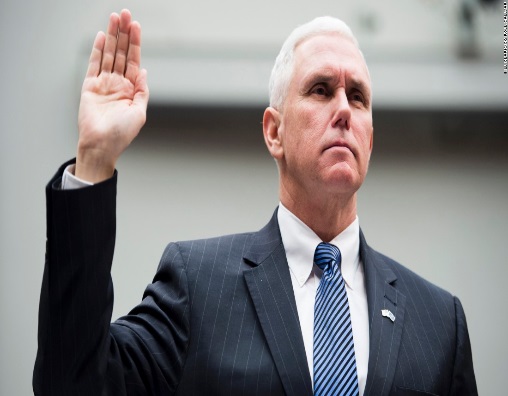 With both candidates selecting their running mates, the race to the White House is in full swing. Donald Trump has chosen Hoosier native Mike Pence to run alongside him in his bid for Presidency.

Pence has been serving as Indiana's Governor since 2013 and, prior to that, he represented his district in the U.S. House of Representatives for 12 years, as well as served as chairman of the House Republican Conference from 2009 to 2011.

Pence voted against No Child Left Behind and withdrew Indiana from the federal Common Core program. Many conservatives feel Common Core is a federal overreach and Trump has repeatedly expressed no different.

Pence expanded Indiana's school choice programs and removed the cap on how many students qualify. As a result, at least 30,000 students received funds to choose private over public schools, increasing the amount of public funds used to an estimated $53 million.

Many of you probably heard the news surrounding this one, as it received nation-wide coverage. In 2015, Pence passed a religious freedom bill extending protections to business owners who, citing their religious beliefs, didn't want to participate in same-sex weddings. The law was heavily scrutinized for sanctioning discrimination and, a week after passing the bill, Pence signed an amendment clarifying it couldn't be used to discriminate.

Similar laws, like in Mississippi, have been recently held unconstitutional.

Priding himself on being a Christian conservative, Pence began seeking to defund Planned Parenthood in 2007. It doesn't come as a surprise he passed one of the country's strictest abortion laws, placing heavy restrictions on abortions, as well as severely limiting the number of clinics that can operate throughout the state.

The law is temporarily blocked by a U.S. District Court Judge, but the Supreme Court recently struck down a similar Texas law that drastically reduced the number of abortion clinics in the state.

Stands with Trump on Immigration

Pence issued an executive order blocking the resettlement of Syrian refugees in Indiana. After being blocked by a federal judge, he was unsuccessful when he attempted to cut off federal funding to refugees already within the state.

Stands with Trump on Immigration

Pence has been a long-standing supporter of the 2nd Amendment. In 2005, he voted in favor of stopping lawsuits against firearms manufacturers. He's supported efforts for concealed carry reciprocity and is consistently given an "A" rating from the National Rifle Association. 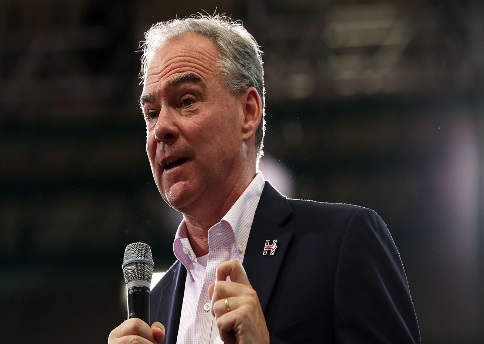 Hillary Clinton officially declared Senator Tim Kaine as her running mate, but who is he? Well, he started his career as acivil rights attorney focusing primarily on death penalty and anti-discrimination cases, but quickly started his career in politics after first being elected to public office in 1994. Kaine served as mayor of Richmond, Lieutenant Governor of Virginia, and Governor of Virginia, as well as chairman of the Democratic National Committee from 2009 to 2011.

Kaine's no stranger to politics, but where does he stand on the big issues?

Many of Kaine's primary goals were halted by a mainly republican-controlled General Assembly leaving him with less power to make some big changes during his tenure as Governor, but one of his main goals, however, was on education reform.

After his tenure as Governor, Kaine has supported increasing tuition assistance at the state level, supported extending interest-rate cuts on student loans, and opposed school voucher programs allowing parents to choose private over public schools for their children.

Although Kaine has expressed being personally against abortion and the death penalty, he has a history of supporting legislation precluding government intrusion into one's personal decisions.

He's also expressed support for the LGBT community, arguing that discrimination has no place in the government. In 2012, Kaine commended Obama for fighting for equal pay for women and fair treatment of the LGBT community. He's also opposed the CC Voters Guide, which defines marriage as between a man and woman.

Issues on Crime and the 2nd Amendment

In 2012, Kaine pledged to focus attention on the overuse of incarceration, especially as it applied to African-American males. On the flip side, he supported Project Exile, which was designed to enforce maximum punishments for criminals who commit crimes with guns. Project Exile received praise for helping reduce Richmond's violent crime rate in half. The program has been copied by cities and states alike nationwide.

How Do I Sue a Doctor? 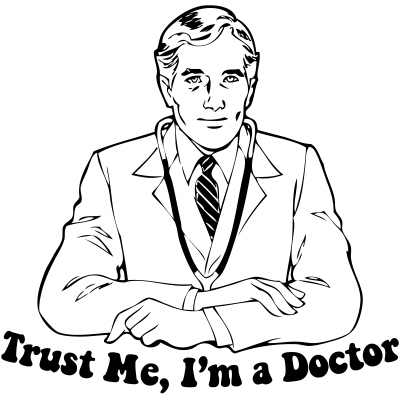 How to Determine If You Have a Valid Medical Malpractice Claim

In order for your medical malpractice claim to move forward, you must be able to prove the following:

The doctor's negligence. You must be able to show that your doctor failed to uphold the duty of care he or she had to you. A doctor who has failed to provide reasonable care and treatment to you has breached their duty of care.

A connection between your injury and the doctor's negligence. You must show that your doctor's negligence caused your health condition to become worse (without being attributable to some underlying condition), or resulted in you suffering some additional injury or harm.

Damages. Lastly, you need to be able to provide details of the harm you suffered (in legal terms, your damages) a result of your doctor's breach of duty. Your damages might include the cost of additional medical treatments and lost wages from being unable to work.

If I Do Have a Claim, What Procedures Are Necessary to Get to Court?

You may need to notify the negligent doctor. Some states require plaintiffs to inform the doctor of the malpractice claim before anything can be filed.