What Are Unfair Trade Practices?

An unfair trade practice is a practice which is engaged in by an individual or a company when they use certain means to obtain business, such as means that are:

These types of practices may be aimed at rival businesses or at consumers.

What Are the Types of Unfair Trade Practices?

An unfair trade practice may include any business action which is declared unlawful by law, including:

What is False Advertising?

False advertising is any advertisement which contains representations that are:

As previously noted, this type of advertising is an unfair trade practice. False advertising may include:

What Are Deceptive Business Practices?

A business or an individual that engages in a deceptive business practice when they engage in any business activities that might mislead the public. These types of practices are prohibited by law due to their negative effects on the general public.

Examples of deceptive practices may include passing off fake goods as the real things and causing misunderstanding and confusion regarding the approval of the services or goods.

Is Puffery an Unfair Trade Practice?

No, puffery is not an unfair trade practice. Puffery involves the use of extravagant or exaggerated statements which are made to attract buyers to purchase a particular product or service.

Engaging in puffery is not against the law because a company is permitted to puff up their product so long as it is an opinion rather than a fake fact.

Is an Unlawful Business Practice the Same Thing as Puffery?

No, puffery is different from an unlawful business practice. As previously noted, puffery is an exaggerated statement that is made for the sole purpose of attracting customers.

Typically, puffery statement is viewed as a subjective opinion. The Federal Trade Commission (FTC) does not consider these statements to be unlawful because a reasonable person would not take them to be a literal statement of fact.

A puffery statement is viewed as a legal practice which is frequently associated with language that is found in advertising or promotional sales. For example, suppose that an individual advertises their cabin rental as “Heaven on Earth.”

In this case, the owner would not be engaging in an unlawful business practice. They are considered to be advertising in a manner which, although it is exaggerated, is attractive to individuals who are considering renting the cabin.

False advertising differs from puffery because it is a factual statement instead of an opinion that is used to intentionally deceive the general public instead of being used to attract a customer.

Examples of false advertising may include when a company advertises a product as having healthy and high quality ingredients when the product actually contains high amounts of chemicals and sugar or advertising a product at a certain cost when it, in fact, requires the payment of undisclosed fees.

What is the Difference between Unlawful and Unfair Business Practices?

What is Unfair Competition?

For more information regarding the Federal Trade Commission, see the following LegalMatch articles:

What is an Unfair Competition Lawsuit?

Common examples of business practices which may result in an unfair competition lawsuit being filed includes:

Federal laws and state laws address unfair competition in different ways. Pursuant to federal unfair competition laws, business practices are unfair when they offend “an established public policy or when the practice is immoral, unethical, oppressive, unscrupulous or substantially injurious to consumers.”

Using this framework, the motive of the alleged wrongdoer and the utility of their conduct are weighed against the gravity of the harm to the alleged victim.

Can I Sue a Business for Unfair Competition?

If an individual believes they are the victim of unfair competition, they may be able to sue the company directly and get the company to:

Should I Seek Legal Advice?

Consumer protection, antitrust, and unfair competition laws can be very technical and complex. If you think that someone has employed an unfair business practice to your detriment, it may be helpful to consult with a business lawyer.

An experienced lawyer will help explain the complex and vague nature of unfair competition laws and inform you of your legal rights as well as preserve any possible legal remedies you may have. If your business has been accused of unfair competition, you should speak to a business lawyer immediately.

Need a Business Law Lawyer in your Area?

Jennifer joined LegalMatch in 2020 as a Legal Writer. She holds a J.D. from Cumberland School of Law and has been a member of the Alabama State Bar since 2012. She is a certified mediator and guardian ad litem. She holds a B.A. in Criminology and Criminal Justice and a B.A. in Spanish, both from Auburn University. Jennifer’s favorite part of legal work is research and writing. Jennifer enjoyed being a Law Clerk for a distinguished Circuit Judge in Alabama. She is a stay-at-home mom and homeschool teacher of three children. She enjoys reading and long evening walks with her husband. 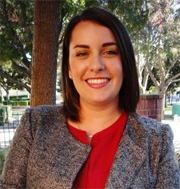