How to Receive Alimony in New Mexico

Alimony is a type of support that is provided to a spouse during a legal separation or divorce proceeding and after a divorce is finalized. It is intended to provide financial support for a spouse that is not able to support themselves as a result of the divorce.

Alimony payments are often made on a regular schedule, such as monthly. They are typically set for a period of time, which is determined by the court.

In New Mexico, when a married couple divorces, the court may order one spouse to pay alimony to the other spouse. Alimony is also referred to as spousal support in New Mexico law.

There are five different types of alimony that may be available to a spouse pursuant to New Mexico law, including:

How Can I Qualify for Alimony?

In New Mexico, courts typically only grant alimony to a spouse who can show that they have a financial need for the alimony. Therefore, in order to qualify for alimony, a spouse must be willing to show that it is actually needed.

This means that the spouse requesting alimony must have been financially dependent on their spouse during the marriage. Also, the lack of access to their spouse’s income following the divorce must significantly impact their economic status in a negative way.

Courts will also consider a number of other factors when determining whether or not to grant alimony as well as which type of alimony should be granted. The factors the court will consider include:

How Much Alimony Can I Receive?

How Long Does Alimony Last?

The court may also terminate alimony early if the circumstances surrounding that alimony changes. For example, if the receiving spouse obtains a job with higher income. This applies unless the original alimony order prohibits the termination of alimony early for that specific change in circumstances.

How Can I Petition for Alimony?

In order for a spouse to petition for alimony in New Mexico, they will need to complete and file a Petition for Dissolution of Marriage. This partition contains a specific section which permits the spouse to declare their need for alimony.

Once the individual has filed this document, they will be required to serve the document on their spouse. They will also be required to prove to the court that they actually need the alimony.

A lawyer is invaluable when proving to a court that alimony is necessary because a lawyer is familiar with the type of evidence that the court will likely consider and to help ensure that the requesting spouse is not omitting anything that may be beneficial.

However, if the spouses agree on all of the matters that are covered by a divorce, the spouses can then fill out a Marital Settlement Agreement as well as the Petition for Dissolution of Marriage. By filing these documents, the requesting spouse may avoid having to prove to the court that they need alimony because the agreement will permit the spouses to agree on an alimony amount as well as the amount and duration of alimony.

Where Can I Find the Right Lawyer?

It is essential to have the assistance of an experienced New Mexico family lawyer when requesting alimony in New Mexico. The divorce process can be difficult enough without the extra added stress of not having enough money to survive without your spouse.

A family lawyer can help you obtain the alimony that you deserve. Your lawyer can review your case, answer any questions that you may have regarding alimony in New Mexico, as well as represent you in court during any proceedings.

Need a Family Law Lawyer in your Area?

Jennifer joined LegalMatch in 2020 as a Legal Writer. She holds a J.D. from Cumberland School of Law and has been a member of the Alabama State Bar since 2012. She is a certified mediator and guardian ad litem. She holds a B.A. in Criminology and Criminal Justice and a B.A. in Spanish, both from Auburn University. Jennifer’s favorite part of legal work is research and writing. Jennifer enjoyed being a Law Clerk for a distinguished Circuit Judge in Alabama. She is a stay-at-home mom and homeschool teacher of three children. She enjoys reading and long evening walks with her husband. 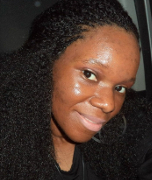