How to File for Divorce in Virginia

What is the Difference Between a Divorce and Separation in Virginia?

Divorce from bond of matrimony can be granted on grounds of a felony conviction of either spouse and imprisonment for over one year, adultery, "sodomy," or "buggery." The petitioning spouse must set forth very fact-specific evidence, as mere suspicion is insufficient proof of the behavior. If you suspect your spouse is involved in such activity, it is a good idea to hire a lawyer to help you establish the facts of your case.

Separation also forms a basis for no-fault divorce from bond of matrimony. At least one of the spouses must have intended to separate, and the spouses must have lived apart without cohabitation for more than one year. If there is a Property Settlement or Separation Agreement in place, and no minor children are involved, the timeframe may be reduced to six months.

What Paperwork Do You Need to File for Divorce?

To file for divorce in Virginia at least one spouse must have lived in the state for six months. Divorce in Virginia can be particularly complicated because there are so few grounds available for a party to assert their claim for divorce. It is therefore advisable to hire a lawyer. If the divorce is uncontested, do-it-yourself forms are available as well as interactive online sessions to determine if a lawyer is needed for your case.

The petition for divorce must be filed in the Virginia Circuit Court in the city or county where at least one spouse lives. The completed documents must be served on the other spouse.

Unlike community property states where property acquired during the marriage is typically divided equally in divorce proceedings, Virginia, an equitable distribution state, provides for the “equitable” distribution of marital property. The division of property is not necessarily 50/50, but instead based on several factors, including the spouses’ monetary and non-monetary contributions to the family as a whole and maintenance of the property during the marriage.

What Should You Do If There are Children Involved?

The battle over child custody and support can become highly emotional, and the parties involved may need a lawyer to help resolve sensitive issues. The court uses as its guideline the “best interest” of the child standard, looking at the parent-child relationship, the home where the child will live, and the child’s wishes (if the child is mature and old enough to decide). In determining child support obligations, the court will look at the needs of the child and the supporting parent or parents’ ability to pay.

Do You Need to Pay Alimony?

The subject of alimony in divorce law is undergoing revision, so it is advisable to discuss it with your lawyer early on in your divorce proceedings. Some of the factors the court will look at are the cause of separation, length of the marriage, and earning capacity of each spouse.

Where Can You Find the Right Divorce Lawyer?

Divorce can be messy and very stressful, but you can get the professional help you need to ease the process. If you are considering filing for divorce, or you have been served with divorce papers, it’s in your best interest to contact a local Virginia divorce lawyer today. 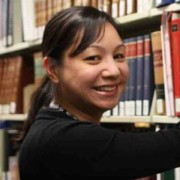 Lesley started at UCLA where she graduated with a B.A. in English. She went on to receive her Masters of Library and Information Science (MLIS) from Wayne State University, and paired it with a Juris Doctorate from Whittier Law School to become a law librarian. She eventually became a reference librarian at her local law school, and along with experience as a legal writer and editor for the Los Angeles Daily Journal, she became a key asset for our team. She wrote state specific guides to child custody, divorce, forming a corporation, and general articles on fundamental aspects of law.