How to Prepare for Trick o'Treaters

Any other day of the year, if strangers approached a person's home looking for a handout of sweets and treats, they may not be received well. However, in the spirit of Halloween, homeowners flock to grocery stores to ensure they have the best candy in town and enough to feed the masses. If this is you, there are a few other things you may want to consider before the witching hour and your ghoul, goblin, and ghostly guests arrive.

Liability never goes on vacation, so think about what could cause you a problem before it starts. The following tips will help in preventing a Halloween premises liability lawsuit before it starts: 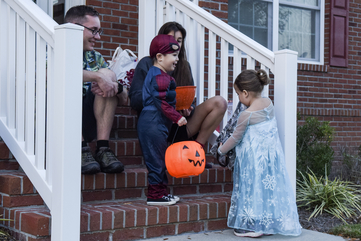 For homeowners, Halloween is a wonderful holiday to showboat frightening decorating skills. In terms of liability, a little preparation goes a long way. Be sure to check your liability protection in your homeowners insurance policy before the big day, and of course, never run out of candy.

There aren't too many things that are more adorable than munchkins running around dressed as superheroes, baby lions, princesses, and little cowboys. Unfortunately, there have been incidents where children have been harmed as a result of flammable clothing, costumes that can cause seizures, and accidents involving drivers that were unable to see pedestrians dressed in dark clothing. 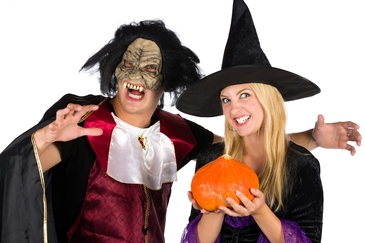 Many safety issues deal in common sense. If a person’s costume involves a mask, it makes sense to be sure breathing isn’t a problem. Wearing a Superman outfit does not enable flight, so the person wearing it should not attempt a building jump. Lastly, if someone is going as King Arthur, be sure to leave the real sword at home.

All Tricks, No Treats

Some kids, and a few adults, forego the customary quest for candy and go straight to pulling pranks. Though a lot of pranks may seem harmless, they often carry legal liability that few realize. Criminal charges ranging from vandalism or property damage, to disorderly conduct and harassment may sprout from what was intended to be a joke, but took a turn for the worse.

Prank calling has long been a slumber party favorite. However, calling a stranger up and asking if her refrigerator is running, is against the law in some states, including California. If the kids raid the toilet paper cache with plans of decorating the lawn, trees, and home of an unsuspecting neighbor, it is possible the police may become involved. Acts of vandalism are illegal, as are other pranks that damage or deface property.

There is no telling where the idea came from to toss a flaming bag of poo on a neighbor's doorstep. As sophisticated as the act may be, it is illegal. If caught, and with luck, only a misdemeanor vandalism charge, fines, and/or being required to clean up the poo may follow. In a worst‐case scenario and with zero luck, the baggie hit something flammable and fire damage comes into the police report. 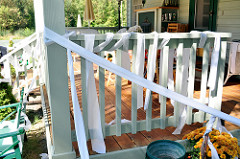 A big no‐no in the name of pranks is putting substances in another person's food or drink. Over the past couple of decades, spiking drinks with drugs has led to very serious consequences. Even if the perpetrator used something that may be harmless, it can lead to criminal charges. For example, in 2012, a North Carolina teenager spiked a teacher's coffee with butt‐enhancement pills as a prank, but in the eyes of the law, the teen committed battery. Additionally, the 61 year old teacher could have pursued a civil lawsuit for damages.

In the above‐cited case, the teen's parents could be held responsible in a civil suit, as North Carolina law hold parents or guardians liable if their child “maliciously or willfully injure(s)” someone, or destroys another person's property. Needless to say, if your kids are gathering a suspicious amount of plastic forks, toilet paper rolls, or seeking out the dog's business, you may want to put your foot down on the flaming baggie before it starts.

Fortunately, puberty has not turned into the cut‐off point for having a good time on Halloween. What other day of the year can an adult dress like Captain Jack Sparrow or leave the house with a fruit hat like Carmen Miranda's? For some of us, going out in public scantily dressed or wearing something socially frowned upon during the other 364 days of the year also comes with imbibing cocktails. Unlike puberty and Halloween, adult beverages do come with a cut‐off point, as going beyond that line can lead to serious trouble. 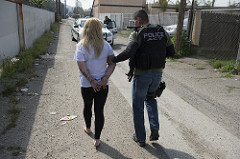 Usually a misdemeanor, public drunkenness can be an embarrassing charge for many. It doesn't take much to be arrested for being drunk in public, only that you are visibly intoxicated in public‐even if no one else is around. Another charge that is common with public drunkenness is urinating in public. Considered a public nuisance or disorderly conduct, peeing in public is not cute. Don't do it. Also not cute, is destroying another person's property. This too, doesn't require a great amount of evidence to be charged, so keep your destructiveness to yourself.

Halloween parties can be fantastic displays of costume showmanship and vinyl‐clad elbow‐rubbing. Parties can get loud, and less‐festive neighbors may not appreciate the suited‐up cheetah who has taken to howling at the moon at 2am. If you are planning your own party, give your neighbors the courtesy of letting them know beforehand. Many urban neighborhoods have a noise curfew, so check yours ahead of time. Years ago, a preacher in Salem, Massachusetts was cited for preaching to Halloween party-goers late into the night, which goes to show, no one is immune to the blue.

No one likes people hanging around after the invite expires. Don't get labeled or cited for being a loiterer, and get yourself home safely. Ride‐share services exist nearly everywhere, and even if it costs you a pretty penny, it is worth not getting a DUI or killing someone in the process. Alcohol is an underlying theme to a lot of problems, but if you use it responsibly, a good time is sure to be had.