What to Consider Before Signing That One Year Gym Membership 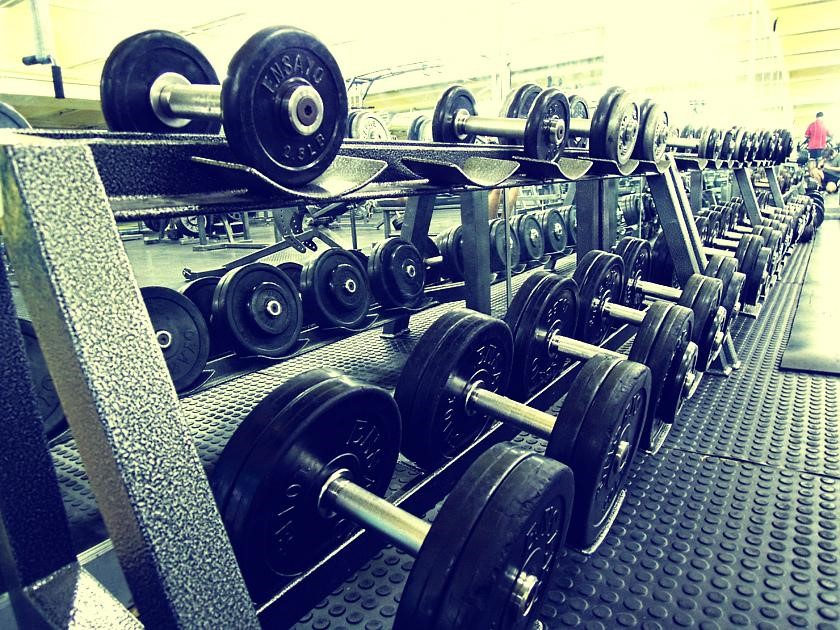 If you are a current gym goer, you know what January means: no parking, no available equipment, curls in the squat rack, sweaty spin class elbow bumping, and free weights that have wandered away from home. If you are sticking to your New Year's resolution and are looking to join the aforementioned masses to find those hidden abs of steel, a few pointers on the logistics:

Happy lifting, may your keen negotiating skills pay off toward your bicep gains and your Sunday funday ritual of GTL (gym, tan, laundry).

How to Prepare for New TSA Rules in 2018 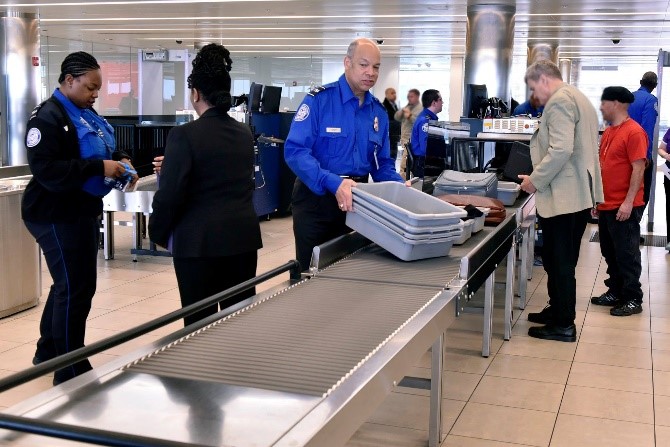 This year, if you want to board a plane to visit Aunt Susan in Hawaii, your driver's license may not make the cut. Beginning January 22, 2018, if your driver's license was issued in: Michigan, Louisiana, or New York you're going to need another form of identification to fly domestically. A passport, military ID or permanent-resident card will suffice. This doesn't apply to international travel as you would already be traveling with your passport.

So what is this about? In 2005, Congress passed the Real ID Act, that would set new validity requirements for state driver's licenses. As of right now, 27 states are compliant, plus the District of Columbia, 3 are under review, and 20 states have received an extension that expires on October 10. This extension means you can still fly with your license, up until October 2018. In a nutshell, if your driver's license is from a compliant state, you can use it to fly. If your driver's license is from a state that has an extension, use it until October. If your state is under review, use a different form of identification beginning January 22, 2018. All states must adopt Real ID standards by October 1, 2020 or residents will be required to have other identification.

Stemming from the terrorist attacks on Sept. 11, 2001, these measures are intended to beef up our country's security, discourage forgeries, and prevent terrorism—additionally, it's turned into a real headache for residents and for the states themselves. The new standards require anti-counterfeit technology in the cards, identity verification, and they also must conduct background checks on workers who are issuing the licenses. It's expensive, and states are scrambling to comply (even though they've had over a decade to do so).

Status of Marijuana Laws in 2018

The day that California marijuana enthusiasts have been waiting for is finally here. On the 1st of January, the legal sale of recreational marijuana will be in effect in Los Angeles, San Francisco, San Jose, and San Diego. Residents aged 21 and over may purchase cannabis products from state-licensed businesses that have local permits. Many businesses in smaller cities throughout California have not yet received their licenses, but they will. 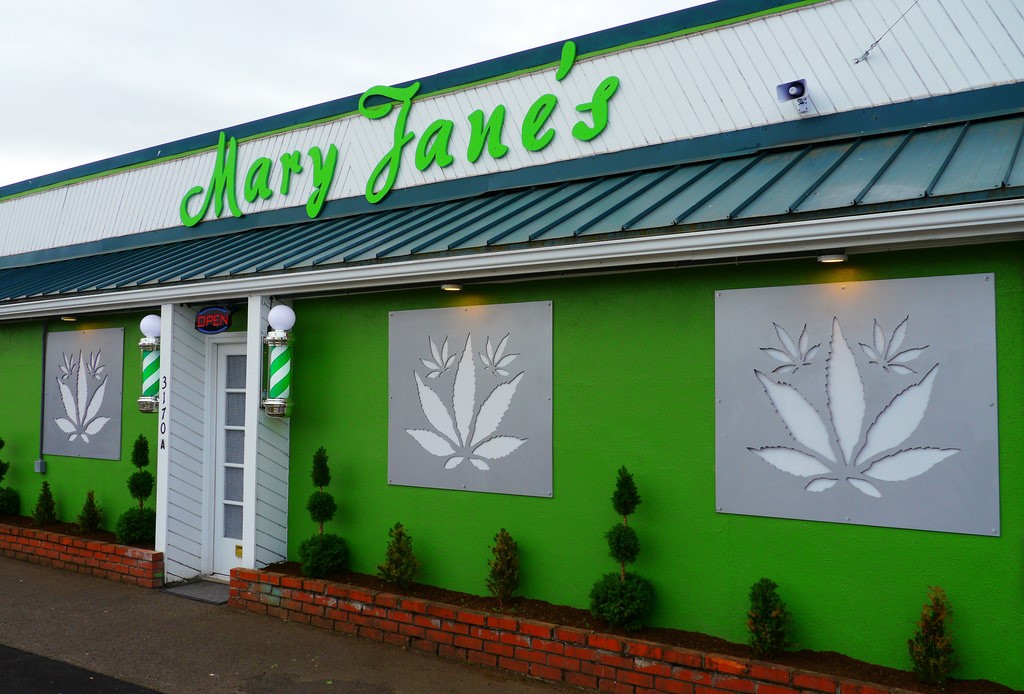 Three other states like Nevada, Maine, and Massachusetts are also in the headlines for changes coming in 2018. Nevada has been selling recreational marijuana out of existing medical marijuana dispensaries since July 1, 2017, after a quick move following the November 2016 election. The State hopes to permanently adopt regulations in the beginning of 2018 as well as offer new licenses to businesses that are not already in the medical marijuana business by November. Las Vegas is taking it up a notch by considering a new ordinance that would allow the country's first licensed marijuana lounges. Picture velvet couches, joints, and cheese puffs. These BYOM establishments give a whole new meaning to "lounge."

Maine is stuck in a rut. After a year of discussion and regulations that finally passed in the legislature, Governor Paul LePage vetoed the whole thing. The bill has since been reintroduced to the legislature, and hearings will begin in January. The moratorium on retail marijuana sales expires in February, but one senator is trying to extend the ban. If that bill doesn't pass or new legislation isn't introduced, the voters may get what they actually voted for in 2016: legal sales.

Last but not least, Massachusetts wrapped up draft regulations for retail pot sales in December 2017. Up until February, there will be a public comment period that will go around the State. As required by the statute that legalized the sale of recreational marijuana, the final regulations must be in place by March 15. Applications for retail licenses will be accepted beginning April 1 (no, this isn't an April Fool's joke), and the first shop will be open for business July 1, 2018.

How to Get Your Life Back: What You Can Do If You're a Victim of Sexual Assault

If you have been sexually assaulted, get to a safe place and call 911. As much as you want to and no matter how violated you feel, do not shower/bathe, drink or eat, use the toilet, brush your teeth, douche, or change clothes. Not doing any of these things will be extremely difficult, but it is imperative to preserve evidence. If you have to urinate, do so into a clean glass jar; if you must change clothes, put all of them into a PAPER bag, as plastic will alter the evidence and render it useless in testing. 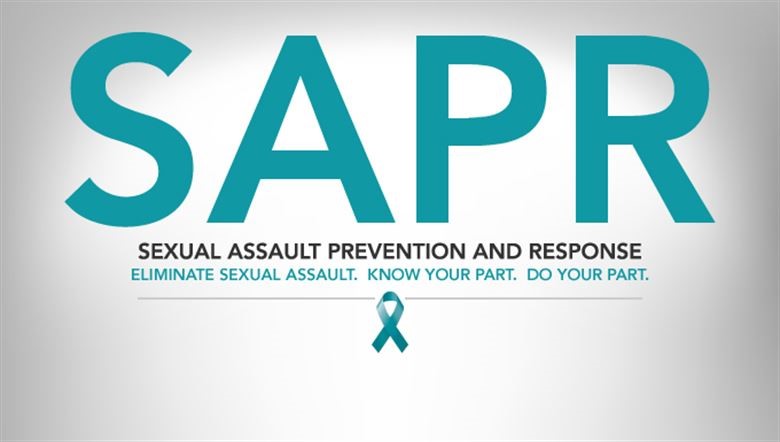 Many sexual assault survivors may not want to get medical attention or undergo an exam, but it is important. You may have injuries that you are unaware of, and there are options for preventing pregnancy and sexually transmitted diseases that you can explore. An exam will be performed in the hospital, and any collected samples will be frozen, usually for 3 months. If you choose to report the assault to law enforcement, even if it's not today, you will still have that option because the evidence will be preserved.

Write down everything that you remember ASAP—with as much detail as possible. Even if something seems irrelevant, write it down. This is extremely helpful for police and your case if you take legal action. People who commit this violent crime are responsible for their actions, and should be held accountable. If you want to stop this person from doing it again, file a police report. To do so, call 911 and bring all above mentioned evidence you collected to the hospital. You can also go into the police station, but you really should be examined, regardless of whether you file.

You are going through an extremely traumatic experience, but know that you will be okay. None of this is your fault. The hospital will give you resources and counseling contacts to help you through this, You are not alone. Stay with your loved ones and be gentle on yourself. You are a survivor and no one can take that from you.