Quick Tips to Keep You Out of Legal Trouble On Halloween 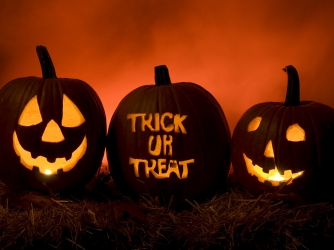 Halloween is just around the corner and most of us are worrying about costumes and buying candy to pass out to trick-or-treaters. Below are a few tips to keep you out of any pesky legal trouble on Halloween.

Make Sure Your Home is Hazard Free

With all the trick-or-treaters coming to your door, make sure your home is hazard free to avoid any lawsuits. If someone is injured on your property, you could be held liable under premise liability.

If you decorate your house and/or yard, keep in mind that Halloween costumes can often times obscure vision, which can lead to tripping and falling. To avoid any major injuries, keep pathways clear. Make sure to place candles far away from walking paths to prevent costumes brushing up against, or Halloween goers from falling on, open flames.

Dogs can get extremely scared and frightened of all the attention surrounding Halloween — keep them safely inside to avoid any unwanted aggressive behavior.

Be Responsible with Serving Alcohol

Just like any other holiday party throughout the year, Halloween is no different when it comes to serving alcohol. Whether intentionally or inadvertently, serving alcohol to an underage party guest could get you in trouble. Hosts can be held civilly liable for any damages if the intoxication of a minor contributed to the injury of another person or property. Facing criminal charges isn't off the table either.

Serving adult party guests within the legal drinking age can still raise liability issues. If a party guest with a known DUI history gets behind the wheel after drinking at your party, many states will hold the host liable. Continually serving an intoxicated party guest that injures another person can also trigger liability.

It may all seem like innocent fun, but dressing in certain Halloween costumes at work could get you in trouble. Costumes related to terrorist organizations, hate groups, religious figures, gore/violence, anything intended to offend a certain ethnic group or race, and anything that looks like the sexual anatomy of either sex are all examples of costumes that could be offensive in the workplace.

Dressing in sexy costumes can also create unwanted sexual attention in the workplace. Although sexual harassment is never excused, that very costume could be used against you to show you weren't personally offended by the very harassing conduct you've complained about in a harassment claim.

How Well Do You Know Your Miranda Rights? 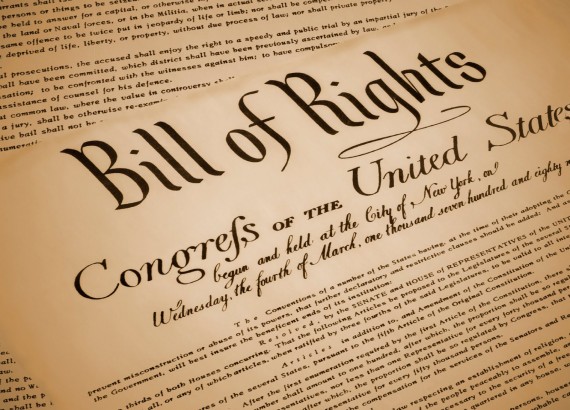 We've all heard the words before, but how well do you really know your Miranda rights? Aside from the right to remain silent and the right to an attorney, what exactly do and don't they protect you from?

You Have the Right to Remain Silent

This one's pretty simple, but many don't take advantage of it. Officers have been known to sometimes guilt suspects into waiving their right to remain silent by playing the "If you're innocent, then you have nothing to be afraid of" card, but don't let this fool you!

Regardless of whether you're telling the truth, if you're charged with a crime, it's imperative to remain silent because even the most innocent of statements can be used against you at trial in a negative way.

You Have the Right to an Attorney

This one's key. Once you invoke it, officers can't question you any longer without an attorney present. Even if you're not guilty, invoking this right is important because an attorney can make sure your rights are protected and you're not being mistreated.

If You Cannot Afford an Attorney, One Will Be Appointed for You

This one applies to criminal cases where imprisonment is a consequence. You must be able to prove you're indigent, though.

One tricky aspect of the Miranda requirement is that police don't have to read them to you until you're taken into custody and interrogated for a crime. This means you can be arrested without being read your Miranda rights if officers don't have any intention of questioning you. This is common in DUI cases. Why? Because officers don't really need to ask any questions to prove their case because all evidence for a DUI is typically taken prior to an arrest.

Or maybe an officer asked you to come in to have a little chat. There's no Miranda requirement here. You may feel pressured to talk and they're banking on the fact that you may not fully understand your rights. One easy way to tell the difference between an interrogation and a casual conversation with an officer is to specifically ask if you're free to leave.

Miranda rights seem straightforward enough, but statistics tell us somewhere between 80-95% of detainees waive their rights, which also tells us many think they're unimportant. If you're interrogated without being read your Miranda rights, any evidence you reveal can't be used against you at trial.

Quick Reminders of Your Rights as a Disabled Worker 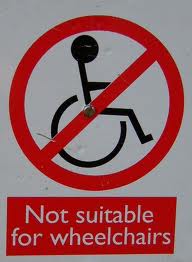 It's National Disability Employment Awareness Month. Not only is it important for disabled workers to know their rights, it's important for employers to understand their own responsibility in ensuring discrimination doesn't happen in the workplace.

The Americans with Disabilities Act of 1990 (ADA) makes it unlawful to discriminate in employment against a qualified individual with a disability. Federal, State and local government agencies, public accommodations, transportation and telecommunications are all responsible for complying with the ADA.

If you have a disability and are qualified to do a job, then you're protected by the ADA.

In order to be qualified for a job, one must be able to perform the essential functions or duties of the job with or without reasonable accommodation. This can mean meeting education requirements, employment experience, and skills or licenses.

Reasonable Accommodations Must Be Made

Employers have a responsibility to make reasonable accommodations for a disabled employee if it's necessary to aide in the completion of the job. This could be anything from providing a sign language interpreter during a job interview, modifying equipment, modifying work schedules, adjusting or modifying examinations, or making the workplace more readily accessible. This isn't an exhaustive list and so long as it's found reasonable, an employer must accommodate.

An employer does not, however, have to provide accommodations if it would place an undue hardship on the employer, such as a significant expense.

An employer can ask whether a candidate can perform the duties of the job with or without reasonable accommodation and can even ask a candidate to demonstrate how they would perform duties, but an employer cannot ask if you are disabled. Additionally, employers cannot ask about the nature or severity of a disability.

If you think you've been discriminated against based upon a disability, contact the EEOC or an employment discrimination lawyer as soon as possible. A charge of discrimination must typically be filed within 180 days of the alleged discrimination. Although there are sometimes exceptions, it's best to get a handle on your case as quickly as possible.

Are You in a Common Law Marriage? 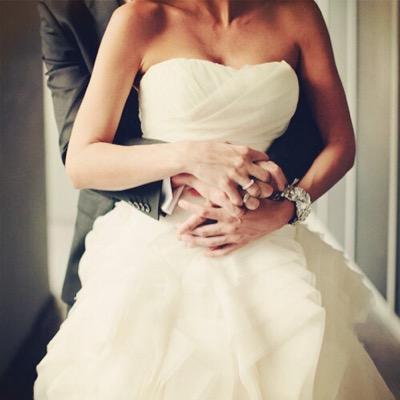 Common Law Marriage an Outdated Concept, But It Still Exists

Of the states that do recognize common law marriages, they're treated just like any other marriage and enjoy the same benefits, i.e. tax benefits, inheritance benefits, and property rights. The only difference is that there was no formal ceremony or formal marriage license issued.

If there's a disagreement between the couple about the existence of a marriage, it can sometimes be difficult for a court to determine if the couple was married by common law. The rules can vary greatly by state so it's important to check local laws for specific information, but below are a few key concepts that you'll often see.

Just because you've lived together for years, doesn't mean you're common-law married. States vary, if at all, on the amounts of time that must be required to form a common law marriage, but there's always other elements that must be present in a relationship.

Even though cohabitating with your significant other isn't enough alone to constitute a common law marriage, most states will recognize it if you're holding yourself out as a married couple.

This can include signing a piece of paper with a statement of your intention to be married, letting your friends and family know that you're married, sharing the same last name, referring to each other as husband and wife, having joint bank and/or credit accounts, sharing in financial responsibilities, and filing joint tax returns.

This is obviously just as important as the others because just as it would be required in a formal marriage, both parties must have the legal capacity to enter into a common law marriage. The requirements for legal capacity will be the same, though, and this generally includes being at least 18 years of age, of sound mind, not being related to your spouse, and not being married to anyone else.