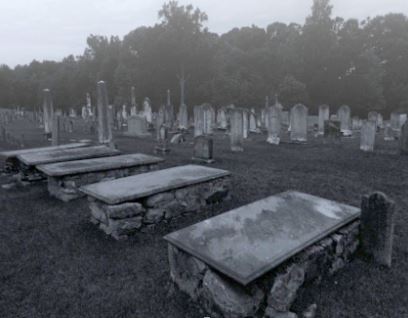 Neighborhood feuds can manifest themselves in strange ways. On Halloween of 2009, Kristy Elizabeth Deaton decided to take her ongoing spat with neighbor Ellen Salama to the grave-the fake grave, anyway. Deaton erected a number of tombstone decorations on her lawn for Halloween, one which read:

Deaton even went as far as posting a few directional signs pointing toward Salama's house that read "Insane Asylum," "BattyVille" and "Signal 20," referring to the emergency dispatchers' code for a mentally ill person. Deaton's Halloween antics prompted Salama to bring a lawsuit for libel and slander, which eventually was settled outside of court.

2. Litigation of the Corn

In 2006, Gracie Gail Durmon brought suit against Michael and Lei Lani Billings for making their haunted Halloween corn field "MaiZE" too scary, causing Durmon to fall and break her leg.

The Billings' MaiZE had three maze options, each increasing in scariness. Durmon bought admission to the second option and, after entering the maze, encountered a man dressed as the masked killer Jason from Friday the 13th. "Jason" leapt out at her with a chainsaw, causing Durmon to have a slip and fall accident on the muddy ground.

Durmon sued the Billings for negligence for the muddy condition of the maze and for allowing Jason to wield a weapon that could harm her. Unfortunately for Durmon, the Court held the conditions were all too obvious. It being Halloween and a haunted maze outdoors, Durmon was clearly made aware of the fact that the maze would indeed be scary, that masked persons would likely be leaping out at her unexpectedly, and that the ground could get muddy. The Court further noted that Durmon had literally paid money with the sole intention of getting scared, thus she had assumed the risk.

3. Seeing in Black and White

At a Halloween party in 2012, Janet Grant caught sight of a skunk in her yard and told her son Thomas Grant to get a shotgun and get rid of it. Janet used a flashlight to spot the animal while Thomas shot at it. However, soon after shooting, the Grants realized the "skunk" was in fact Thomas' 8 year-old cousin dressed in a black and white Halloween costume. Fortunately for all involved, Thomas' cousin survived but sustained shoulder and abdomen injuries.

Thomas faced potential assault and reckless endangerment charges. Police reportedly even looked into bringing charges related to animal gaming laws. If not for the familial relation, Thomas' cousin may have felt more compelled to pursue litigation and would have had a decent argument. Thomas was not acting reasonably given the circumstances-you normally don't bring a shotgun to a skunk fight, and you normally know a skunk is nowhere near the size of an 8 year-old person.

Can You Get Disability Support For Cancer? 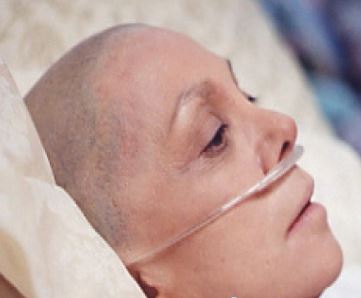 In order to be eligible to seek compensation, one must meet certain conditions that are set by the Social Security Administration. For example, the cancer must be impracticable, with no potential for treatment. It also must be continuing or must have spread. A person suffering from some types of cancer can also be eligible for expedited claims process approvals. Usually after you have submitted an application seeking disability benefits, you will not receive a decision for several months.

The main steps in being awarded disability benefits are to stay organized and detailed. While the application process may feel like a full time job, it is often a required step toward receiving financial assistance. Once you are awarded benefits, you will be able to focus on your health rather than your finances. 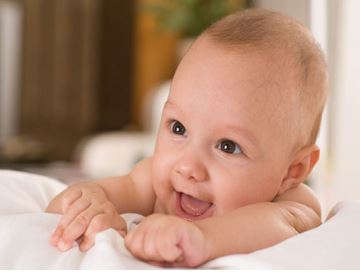 What Is A Modern Family?

Benefits of Not Letting Your Partners Adopt Your Children

The benefits of adoption may work against you in the case of divorce as well. Once your spouse becomes your children's legal parent, it means he has all the rights associated with being a legal parent. That means the parent will have a say in the child's rearing, as well as visitation rights. If you would not want anything to do with a spouse in the case of divorce, sharing custody of your children would not be favorable.

Some couples may draft a pre-nuptial agreement and children to address matters of divorce. However, if you give your spouse legal custody over your children, the pre-nuptial agreement may not be valid. The family law judge will determine the best interest of the children before cutting all visitations rights and financial obligation rights. 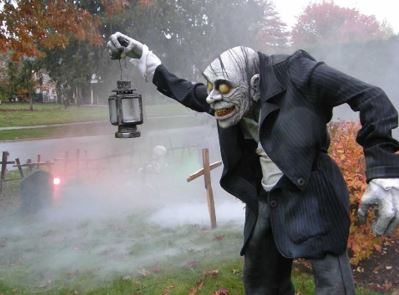 Halloween is a huge night for parties and property owners opening their homes and land for such events should be aware of the potential premises liabilities that could stem from having people on their property. There are potentially three different groups of people that could potentially be on a landowner's property at any given time: invitees, licensee, and trespassers. The owner then has a certain level of responsibility owed to each group of people to make his property safe. If the owner fails to meet that standard of care (aka Duty of Care for Property Owners), he could face property liability if someone gets hurt on his land.

Invitees are people who have permission to come onto the owner's property. For example, if the property owner threw a Halloween bash and opened his doors to the public, all attendees would be considered invitees. Past courts have also found if a landowner leaves the porch light on for Halloween night, trick-or-treaters will be considered invitees because the light signals an invitation. For invitees, the landowner must make his property safe of all reasonably known and unknown risks of harm.

If you're planning on throwing a party this Halloween, this means you should take steps before the party to reasonably inspect your property for any potential risks. In order to minimize your chances for liability, any found risks should be made safe for the public to be exposed to. This means all decorations should be placed strategically away from the path of walkways and all lights should be set up safely, avoiding any electrical and fire hazards.

In the case of slip and falls, if a party cocktail ends up on the floor and a guest slips and injures himself, the owner could be liable for not making the property safe for invitees. However, the court will likely take a closer look at how long the spill was on the floor before the injury. The longer the drink sat on the floor unattended, the more likely the owner's liability. So make sure to mop up any spills to avoid a slip and fall lawsuit!

Licensees are those who have the owner's permission to enter his property, but do not confer any economic benefit onto the landowner. For example, if an owner's Halloween party gets out of control and someone calls 911, the policemen arriving at the scene would be considered licensees. For licensees, a property owner must give warning of all known risks of harm.

Trespassers are those who do not have permission to enter the owner's property. Many states distinguish between owners who should know trespassers enter their land and owners who have no idea if trespassers enter their land. If a landowner had no idea a person would trespass on his land, the owner generally has no duty to warn or make his property safe in any way. If the landowner should have known that a person would trespass on his land, then he is required to make safe any man-made (not naturally occurring), dangerous condition that is hidden from obvious view and that the landowner previously knew about. For example, if an owner had a hidden bear trap in his backyard and knew people regularly walked through there, he would be required to warn trespassers of the trap or make it safe from humans somehow - this is an example of landowner liability.

For property owners, that could mean that even if you are not planning on throwing a Halloween bash or keeping your porch light on to welcome trick-or-treaters, you may still be obligated to provide warning of any dangers on your land. On Halloween night especially, landowners could be charged with knowing a person could trespass onto their land simply because foot traffic in residential neighborhoods is so commonplace during that holiday. So even if you're planning on having a quiet night in this Halloween, it might still be a good idea to prop up a warning of any hidden dangers on your property.