Get Ready for Commercial Drones 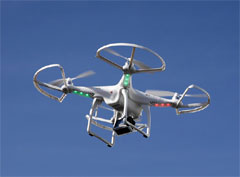 Drones are still banned from commercial use, but this may be about to change. The new rules have been sent to the White House for review and Congress wants final regulations from the FAA by September 2015.

Also known as Unmanned Aerial Vehicles (UAV), drones are small flying aircrafts. The most common are rotary drones. Companies like Amazon want to use these drones to expedite business services.

What Can Drones Be Used For?

Drones have been tested for a variety of tasks and the fact that they are unmanned is appealing for companies and individuals alike. In the future, drones may be used for the following purposes:

Who Regulates the Use of Commercial Drones?

The FAA is the government agency that regulates the use of drones. So far, the FAA has approved the drones for private use. This means that anyone can own their own drone and use it as they like as long as they do not violate existing laws.

The FAA is currently reviewing its regulations for commercial use of drones. The proposed new rules may include the following requirements:

The new rules have been sent to the White House for review and Congress wants final regulations from the FAA by September 2015.

Drones are an innovative technology, but many want regulation due to concerns about privacy. Drones are aircrafts that are capable of recording and photographing people and property. Many fear that the technology will be used for sinister reasons, such as spying.

How to Fight a Traffic Ticket 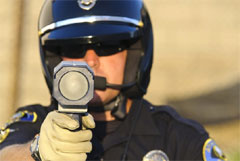 Depending on the court, you can request the hearing to be by mail or in court.

There are three type of speeding limits:

The absolute speeding limit is the rule of law in most states. A driver is in violation of the limit if he goes over the maximum limit.

A basic speed prohibits a driver from operating a vehicle at an unsafe speed. The speed can be below or higher than the limit. An officer could determine that an unsafe condition was created by the driver's driving, weather conditions, traffic conditions, or road conditions.

Presumed speeding limit means the driver was operating at an unsafe speed for road conditions.

Should I Contact a Lawyer about How to Fight a Traffic Ticket?

If you are cited for speeding, speak to a criminal defense lawyer. A lawyer can inform you of your rights and defenses and can represent you in traffic court.

Pros and Cons of Opening a Pop-Up Retail Store 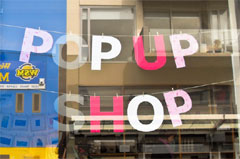 Starting a business can be difficult and scary to new entrepreneurs, but luckily there are many models to choose from when creating a business.

A popular small business model is the pop-up store. Pop-up stores are temporary shops that remain open for a short period of time. The most common in the United States are stores that sell Halloween, Christmas, and fireworks merchandise.

What Are the Pros and Cons of Opening a Pop-Up Store?

Many retailers and entrepreneurs like the idea of pop-up stores because it allows them to create interest and exposure. Here are a few reasons why an entrepreneur would want to open up a pop-up store:

Pop-ups may not be for everyone, however, for the following reasons:

What Should I Do Before Opening a Pop-Up Store?

Before opening up a pop-up store, you should do some research and use the following steps:

Yes. Starting a business can be tricky and there are many legal issues to consider. A business attorney can help you through the process and inform you about your rights. 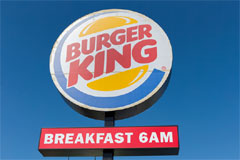 Every year we hear stories about customers suing fast food chains for something extra found in their food. These stories have become cliché due to the infamous McDonald's coffee lawsuit from the 90's. Although many lawsuits are valid and shocking, some are just too ridiculous to even merit a lawsuit. Here’s a list of some of the more absurd lawsuits:

In New York, a woman sued Burger King because the closest one to her home was selling a large soda for 20 cents more than the other franchises in her area. Without showing up in court, Burger won the lawsuit.

2. Man Sued White Castle over the Size of Its Booths

Martin Kessman, of New York, regularly visited the fast food chain. In 2009, he sued White Castle over the size of its booths. Mr. Kessman claimed that the chain violated the Americans with Disabilities Act (ADA). He eventually dropped the lawsuit because the White Castle in question renovated and added accommodating seats.

In 2005, Anna Ayala claimed to have found a fingertip in her Wendy's chili. She took the fingertip to the authorities and sued the fast food chain. Ayala and her husband dropped the suit, however, once an investigation started. It was revealed that Ayala and her husband used an associate's finger and planted it in the chili. Ayala was charged with grand larceny and sentenced to nine years in prison.

Everyone knows that eating fast food isn't great for your health, but Caesar Barber wants to sue Wendy's, Burger King, McDonald's, and Kentucky Fried Chicken for his obesity. In 2002, he filed a class action suit against these chains for his two heart attacks and diabetes diagnosis. The lawsuit has since been dropped. Although Mr. Barber was unsuccessful, many more have sued fast food chains for the same reason. None of these plaintiffs have been successful in their legal pursuits.

5.Officer Sued Burger King for Spit Found in his Burger

"Does that look like spit to you?" This is a phrase many hope they never have to utter when talking about their food, but for Deputy Sheriff Edward Bylsma there was no ambiguity that someone had spit in his burger. As of 2012, the policeman’s case was brought to the Washington State Supreme Court.