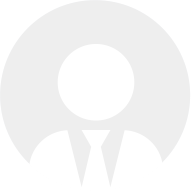 Employment law is a tough field to handle. It is an area in the field of law which governs employer and employee relationship and consists not only of federal and state laws, but often-times city and county ordinances. It serves as an umbrella that includes various subjects tending towards a common goal which is to guard workers’ and employers’ rights.

Workplace safety, wrongful termination, harassment, and employment discrimination are also covered by employment law. They are also the ones who assist in union lawsuits and handle settlements for various workplace grievances.

Since it covers a wide range, it requires someone who knows the ins and outs of every situation, both sides of it, to obtain favorable results. This is where Wayne R. Suggett, Attorney at Law comes in.

Wayne R. Suggett Attorney at Law was established in January 2015 by Mr. Wayne Suggett and serves the entire state of New Mexico. Mr. Suggett has been a practicing attorney in New Mexico since 1992 and has represented employee and employer clients with employment law issues such as labor law disputes and reviewing employment contracts and employer handbooks.

Earlier in his career in a bigger firm, he represented clients in other areas of the law but eventually became a little more specialized in employment and labor law. While he was still working in the firm, he received an award for volunteer work as part of the team of attorneys.

These are specific areas of law that he enjoyed practicing and brought out the best in him. He was brought to New Mexico by a two-year federal clerkship and started to think about pursuing a career in civil litigation cases.

While he has experience in criminal law practice, most of his career as a legal practitioner was focused on civil trials, civil rights, and insurance defense practice. Nonetheless, his years of experience in various areas can be summed up and eventually morphed into mainly employment-related practice, but not limited to this area alone as he still accepts trial work in other areas related to personal injury, and commercial litigation.

I've done it for a long time and I know it very well. I've seen a lot of different things from both the plaintiff and defendant perspective so I can evaluate both strengths and weaknesses of cases. Part of it is experience, another part is the pure numbers of different facts I've had. I've done both plaintiff and defense work and it has made me someone who is more sensitive to how certain facts impact the value of a case. I've seen similar facts and how they affect both employees and employers on both sides of the fence.

The Road to a Successful Law Practice

Mr. Suggett remembers when he was back in law school and didn’t really decide on which field of law he wanted to specialize. Law schools do not force students to pick which department/field you would want to be in because as time passes, beliefs or interests may change as well.

But everything changes once you have a feel of a practicing lawyer. “Find something you enjoy doing because this is hard work. You might as well find joy in what you’re doing but don’t be afraid to explore different things. If you try a bunch of different things, you’ll much more likely to find not only the things you like but also the things that you’re good at”, Mr. Suggett advises new attorneys. He advises that every new lawyer should explore different topics in order to find the niche most suited to their liking.

He thinks that the biggest mistake some attorneys make is focusing too much on specialization early on in their careers. Everything is about exploring other aspects and looking at them one by one to determine the best avenue that may lead you towards a successful law practice.

When asked what made him successful in his field, Mr. Suggett stated, ”I’ve done it for a long time and I know it very well. I’ve seen a lot of different things from both the plaintiff and defendant perspective so I can evaluate both strengths and weaknesses of cases. Part of it is experience, another part is the pure numbers of different facts I’ve had. I’ve done both plaintiff and defense work and it has made me someone who is more sensitive to how certain facts impact the value of a case.  I’ve seen similar facts and how they affect both employees and employers on both sides of the fence.”

Being a 27-year member of the New Mexico Bar Association results in a number of referrals each year.  In addition, being with LegalMatch can do some wonders too. Mr. Wayne Suggett has taken a number of cases from this site and has been supplied with a number of good cases so far. LegalMatch has proven itself useful to lawyers within the country whether they have been there for a time or just starting their careers.

Scroll down for more categories
Most Common Issues:
Get the Legal Clients You Need!
Call Now! (866) 953-4259 View Cases