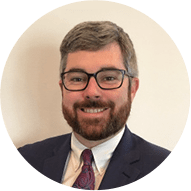 These are just a few of the specializations offered by Mr. Brady J. Smith, owner of Brady J. Smith Law, LLC. His law firm operates out of New Orleans, LA.

Brady J. Smith hails from New Orleans and went to Louisiana State University, where he received his bachelor’s degree in Political Science. He then went on to attend the Southern University Law Center in Baton Rouge, Louisiana for his law degree.

As a solo legal practitioner, Mr. Smith has gone through the process of representing clients in courts, and has been in the business for over three years now after passing the Louisiana Bar Exam in October 2015.

His first job was working in real estate law, focusing on real estate closings, title exams, transfers, and clearing liens on houses. He opened his solo practice a little more than a year ago, but already gained experienced practicing in another law firm for a couple of years before hanging his shingle. His time at the previous firm is where he gained experience in family law, as well as real estate law, due to all of the estate planning cases his previous firm handled.

Mr. Smith states that every single family law case is different and unique. When you’re handling a divorce, it will have a unique set of facts that go with it. Since every case is different, the facts will change from case to case.

Although the outcome or solution may be the same in the end, the facts will change how your lawyer should approach the case. Subsequently, this is what brings out the best in a lawyer. It’s how you plan out the scenario and how you deal with the other side during the proceedings that counts, not just applying the same, formulaic steps every time.

Some new lawyers fizzle out within the first two or three years because they aren't able to market themselves and have enough revenue. LegalMatch gives me the opportunity to get some people in the door and make some money that I can put towards marketing. It gives me and other new lawyers just starting out a chance to build and see if it is something I can sustain in the long run. If I didn't start with LegalMatch I don't know how I would have gotten where I am right now.

Though his practice heavily leans towards family law, Mr. Smith also takes on property law cases and caters to clients who are in need of representation concerning tax sale nullifications, boundary disputes, partitions, and quiet tax title actions. His firm also handles estate planning, such as wills, trusts, and other related issues.

He is also a familiar face at the local courts and has represented a number of people going through some of the most difficult times. He is equipped with the right skills to lead clients from beginning to the last leg of the legal process. Ultimately, Mr. Smith believes that a client’s rights should be protected and that they are worth fighting for.

Mr. Smith also believes in staying within his own comfort zone and not hurrying to widening his scope of work for the meantime. He is not limiting any plans for branching out in the near future; but, for the most part, he wishes to remain in these specialized fields until he feels the need to expand the scope of his practice.

Mr. Smith’s law firm focuses on serving Jefferson, Orleans, and St. Tammany Parishes, which is where most of his clients come from. He also services the surrounding smaller parishes in Southeast Louisiana.

Before joining LegalMatch, Mr. Smith didn’t have what other lawyers call a “book of clients.” He struggled in obtaining enough networking and case leads to stay afloat. This is often the challenge for most attorneys who are just starting out. They have to compete with other lawyers in the same field who are more experienced, and clients typically choose the latter.

When he decided to move as a solo practitioner, he worked on building a client base. For him, having a solid client base will help him get future clients. He also knew that there are people in New Orleans and the surrounding areas that need legal help, but just don’t know where to find a lawyer. LegalMatch helps them find one.

As a member of LegalMatch, he gets to connect with these people, build his client base, and gian ample experience to build his practice. He said, “Some new lawyers fizzle out within the first two or three years because they aren’t able to market themselves and have enough revenue. LegalMatch gives me the opportunity to get some people in the door and make some money that I can put towards marketing. It gives me and other new lawyers just starting out a chance to build and see if it is something I can sustain in the long run.” He added, “If I didn’t start with LegalMatch I don’t know how I would have gotten where I am right now.”

He believes that connecting with LegalMatch made a difference as LegalMatch tries to help its members get more cases. It made his name more visible to potential clients as not everybody knows who you are; especially if you are just starting to build a name for yourself. LegalMatch has brought lawyers forward for clients to see and it gives them the opportunity to find an attorney that they can afford and easily relate.

Scroll down for more categories
Most Common Issues:
Get the Legal Clients You Need!
Call Now! (866) 953-4259 View Cases