Colorado has passed labor laws to protect the rights of workers. State labor laws ensure that workers are not subjected to dangerous working environments, improper wage reductions or garnishments, and employer retaliation.

Colorado does not explicitly designate who qualifies as “full-time” or “part-time .” Employment hours are left up to the employer, and a full-time or part-time designation does not impact the application of minimum wage laws.

Presently, Colorado’s minimum wage is $12.56/hr. These increases are meant to combat cost-of-living increases that happen overtime. Nevertheless, salaried executives, professionals, and other employees are exempt from minimum wage requirements.

Colorado requires that employees be paid time and one-half of their regular rate for any work that is more than a 40-hour workweek or where the employee is required to work noteworthy consecutive hours (such as two back-to-back 12-hour workdays). Workers may also have further rights under the Fair Labor Standards Act (FLSA).

Employers who threaten employees involved in investigations relating to minimum wage issues can be subjected to a fine of up to $1,000. You may also have remedies for unpaid wages if your employer has failed to compensate you for your work.

What Are Some Wage and Hour Law Violations?

Wage and hour laws are in place to oversee the basic standards for minimum wages and overtime pay. The main wage and hour law regulating such topics in America is the Fair Labor Standards Act (“FLSA”). Among other things, the Act covers these main issues:

The restrictions set out in the Fair Labor Standards Act (FLSA) are to be observed by all employers, with very few exceptions. In addition to complying with all applicable FLSA standards, employers must keep accurate records regarding wages and hours. Failure to do so can result in legal consequences and wage and hour lawsuits filed by workers.

Although Colorado maintains its labor laws and standards, the FLSA is universal and must be adhered to. There are several ways your employer might violate the wage and hour laws in Colorado.

Some examples of this could include:

Unpaid wages or a denial of the wages, salary, or benefits that an employee is entitled to receive are all forms of wage theft. This is one of the most commonly occurring wage and hour violations. As previously mentioned, unpaid wages arise when an employer fails to pay employees what they are legally owed.

Occasionally referred to as withheld salary or wages, unpaid wages happen when:

What Should I Do if My Employer Has Not Paid Me?

Your first step should be to speak with your employer to learn whether they have a reasonable explanation for failing to pay you. This could be due to a clerical mistake or a bank mistake.
If it seems that this is not the case and that your employer does not plan to pay you the money you are owed, you may wish to file a claim with the Wage and Hour Division (“WHD“) of the U.S. Department of Labor.

The WHD will most likely investigate to determine whether there are any FLSA violations. If a violation is found, they may implement penalties against your employer. These penalties could include a demand that the employer adjusts their labor policies. If the Department of Labor cannot provide you with an appropriate remedy, you may then file a civil lawsuit against your employer. You could be entitled to receive a damages award for losses by doing so.

An example of such an award would be back pay. It is essential to mention that employers are prohibited from firing an employee out of retaliation for reporting wage and hour disputes in the workplace.

To establish a wage and hour dispute, you will need to deliver some documentation that will be investigated and utilized to prove your claim. Some examples of adequate documentation and statements include:

What Can I Do About Unpaid Wages?

You can also contact the Wage and Hour Division to report a potential FLSA (Fair Labor Standards Act) wage violation. You may also contact them to find more info about infractions and reporting procedures.

Generally speaking, filing an internal complaint with the company’s human resources department is sufficient to fix a mistake or simple oversight. Nevertheless, if the complaint involves the human resources department itself, or if the internal complaint is not enough, a civil lawsuit may be necessary. If several workers are affected by unpaid wages all at once, a class action lawsuit may be filed.

Where Can I Find a Lawyer to Help Me?

If you think you are not getting the basic rights and protections Colorado’s labor laws offer, then contact a local Colorado labor lawyer today. Your employment rights are important. Protect them by using LegalMatch, and start getting the protections you are owed.

Need an Employment Lawyer in your Area?

Ty began working at LegalMatch in November 2021. Ty holds a Professional Writing Degree from Missouri State University with a minor in Economics. Ty received his Juris Doctorate from the University of Missouri-Kansas City School of Law in May of 2021. Before joining LegalMatch, Ty worked as a law clerk and freelance writer. Ty is a native of Lake of the Ozarks, Missouri, and currently resides in Kansas City. 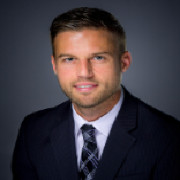