Do I Need a Bankruptcy Lawyer? 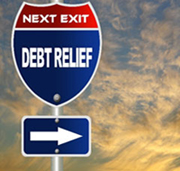 Bankruptcy has a bad reputation. The social expectation is that people who buy things should pay for those things. Bankruptcy is perceived as a way for people to avoid their financial obligations, thereby cheating creditors and consumers who have paid their fair share.

However, it is far better for debtors, creditors, and society at large if people can settle their debts quickly and efficiently. A good bankruptcy will leave the debtor with a fresh start and will generate more money for society as a whole in the long run.

The Issues after Same-Sex Marriage 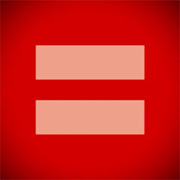 On June 26 of this year, the Supreme Court legalized same-sex marriage. Although this was a tremendous step forward, it’s not the end all or be-all issue for the LGBTQ community. There are still a number of legal issues that members of this community are facing

Some of these issues include:

Factors that Go Into an Adoption

Many people don’t realize how common adoptions are. Adoptions occur on a daily basis across the U.S. for various reasons. In addition to child and minor adoptions, other types of adoptions are becoming more frequent as well. For instance, adult adoptions are on the rise, as well as adoptions of persons with special needs and disabilities. For others, adoption can be a viable alternative when childbirth is not an option. All adoptions must be approved by a court of law. Courts review a wide range of factors when approving an adoption.

Factors involving the adopting party: Courts will take various factors into consideration, including:

Factors involving the adoptee:These are equally important, and may include:

Basically, courts are looking to see that the adopting party is stable, financially able to shoulder their responsibilities, and is committed to taking care of the person. Especially for minors, courts only approve adoption arrangements that work in the best interests of the person. State laws on adoption can vary widely from place to place. If you have further questions or are interested in pursuing an adoption, you may wish to contact a family law attorney in order to proceed.

Legal Issues to Consider Before Your Kids Go Back to School 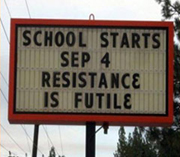 Summer is coming to an end, and many parents are gearing up for the new school year. Most families are focusing on the essentials, such as buying school supplies, or clothing. To better prepare for school though, many parents should also consider the following issues: