St. Patrick's Day is one of the biggest drinking days of the year, but it's not just alcohol that can get you in trouble. Although it's impossible to predict every possible situation, there are few areas to be mindful of when celebrating the Irish holiday. 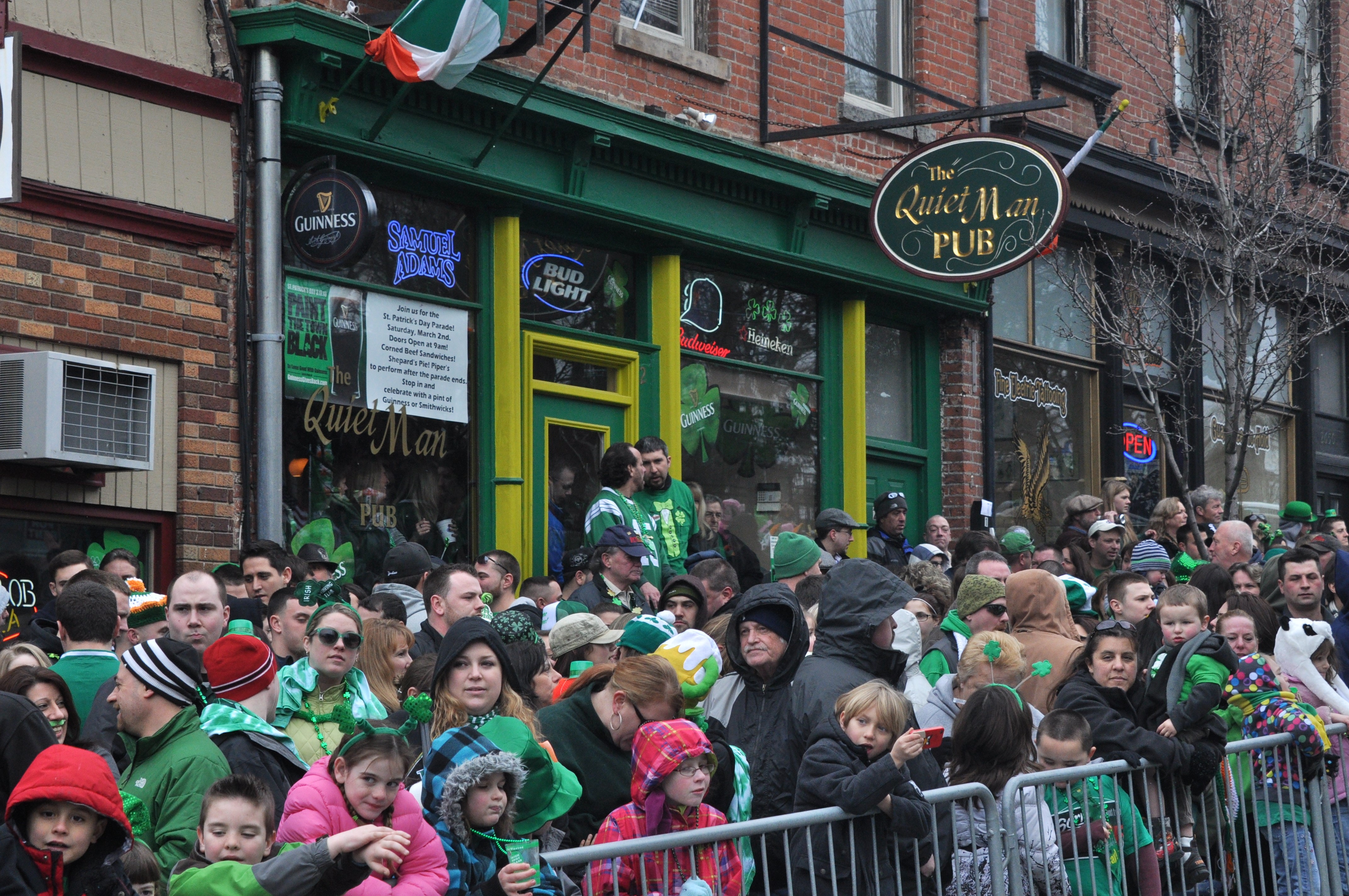 Easily one of the most common ways to get yourself in trouble on St. Patrick's Day is by drinking too much. What's meant to be a fun day of celebration can often turn devastating by drunk driving accidents. Because of the increased danger of drunk drivers on St. Patrick's Day, law enforcement agencies often set up DUI checkpoints; fines and fees associated with an arrest can costs in the thousands. Public intoxication is a less serious offense, but it can still cost you big and leave you with a permanent criminal record.

Hosting a party can get you in trouble in more ways than one. If you plan on hosting a St. Patrick's Day celebration at your home, be aware of the liabilities that come along with it.

Did you know pinching someone for not wearing green can actually get you in trouble? One employer was found guilty for sexual harassment when he found an employee bending over a file and pinched her butt. When the plaintiff told him he was out of line, the employer laughed it off and said she wasn't wearing green.

Halloween isn't the only day costumes can get you in trouble. One employer was sued for employment discrimination when a manager dressed up as a "stereotypical ghetto African American" with a "green afro" on St. Patrick's Day. It may seem like innocent fun, but it's best to stay away from any costumes that could offend or cause unwanted attention at the workplace.

Don't Forget to File Your 2016 Taxes on Time


It can be tempting to put off filing your income taxes. In fact, the IRS has reported that nearly one-third of Americans wait until the last minute to file their taxes. While no one wants to fork out extra money in penalties for filing late, there are other benefits to filing before the deadline. 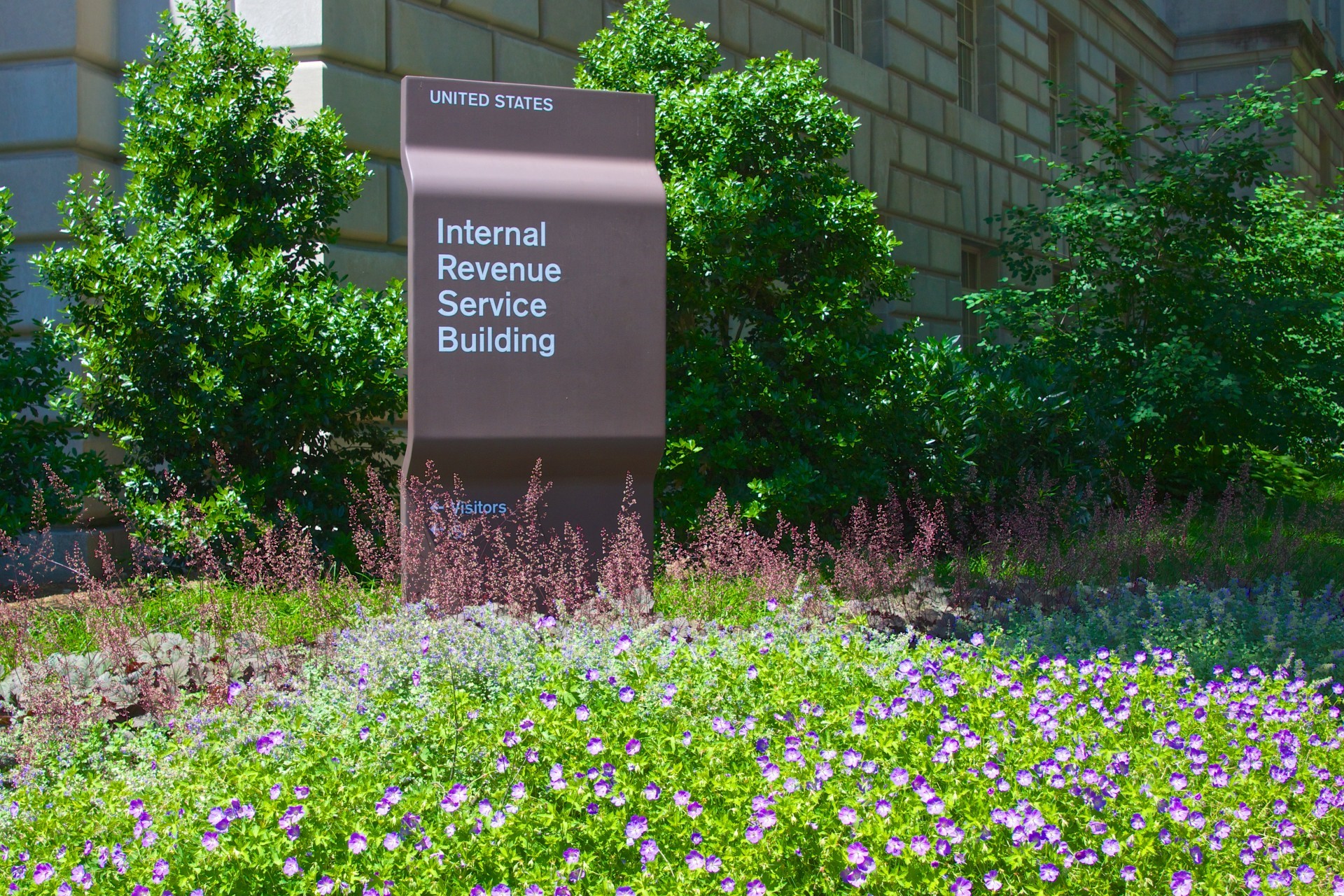 Who doesn't want their money as quick as possible? The best reason to file your taxes on time is faster refunds. Filing your return electronically with direct deposit is the quickest way to get your refund.

If you're not one of the lucky ones to receive a refund, preparing early gives you more time to pay the IRS. If for some reason you're unable to pay by the deadline, you can request an installment plan that can spread payments out up to 72 months.

Whether you're applying for financial aid or buying a home, having completed tax returns is often necessary. Don't risk losing out on your dream home because you can't show proof of income.

The Early Bird Gets the Worm

There's nothing worse than waiting until the last minute to find out your taxes are far more complicated than you thought. It gets harder and harder to get an appointment with a tax professional as the deadline nears. If you decide your taxes are more too much to handle on your own, planning early eliminates a last-minute rush to a tax professional. If nothing else, filing your taxes before the deadline should give you a sense of relief.

Don't Fret, An Extension Is Available

This year, tax day is April 18th, which gives you a few extra days to get those forms filed. However, if you do run out of time to file your taxes, you have the option to file an extension with the IRS. Filing for an extension is free, gives you an extra 6 months, and helps you avoid failure-to-file penalties that can add up to 25% of the tax due to your total bill.

Make sure you don't confuse filing due dates with payment due dates, though. Filing an extension to file does not give you an extension to pay. Any amount you owe to the IRS will still be due on April 18th. Failing to pay can result in penalties, normally 0.5% of the unpaid taxes for every month left unpaid, as well as interest for your outstanding balance. Even if you can't file on time, determine as best you can what you expect you might owe and try to pay what you can to avoid penalties.

While millions prepare to watch the games play out over the next few weeks, many of those viewers will have a vested interest. Filling out those brackets are a yearly tradition that March Madness fanatics look forward to every year. Whether it be an organized office pool or just a simple wager between friends, did you know making bets on which college team will take home that NCAA trophy is illegal? Yup, you read that right.

What Counts as a Bet? 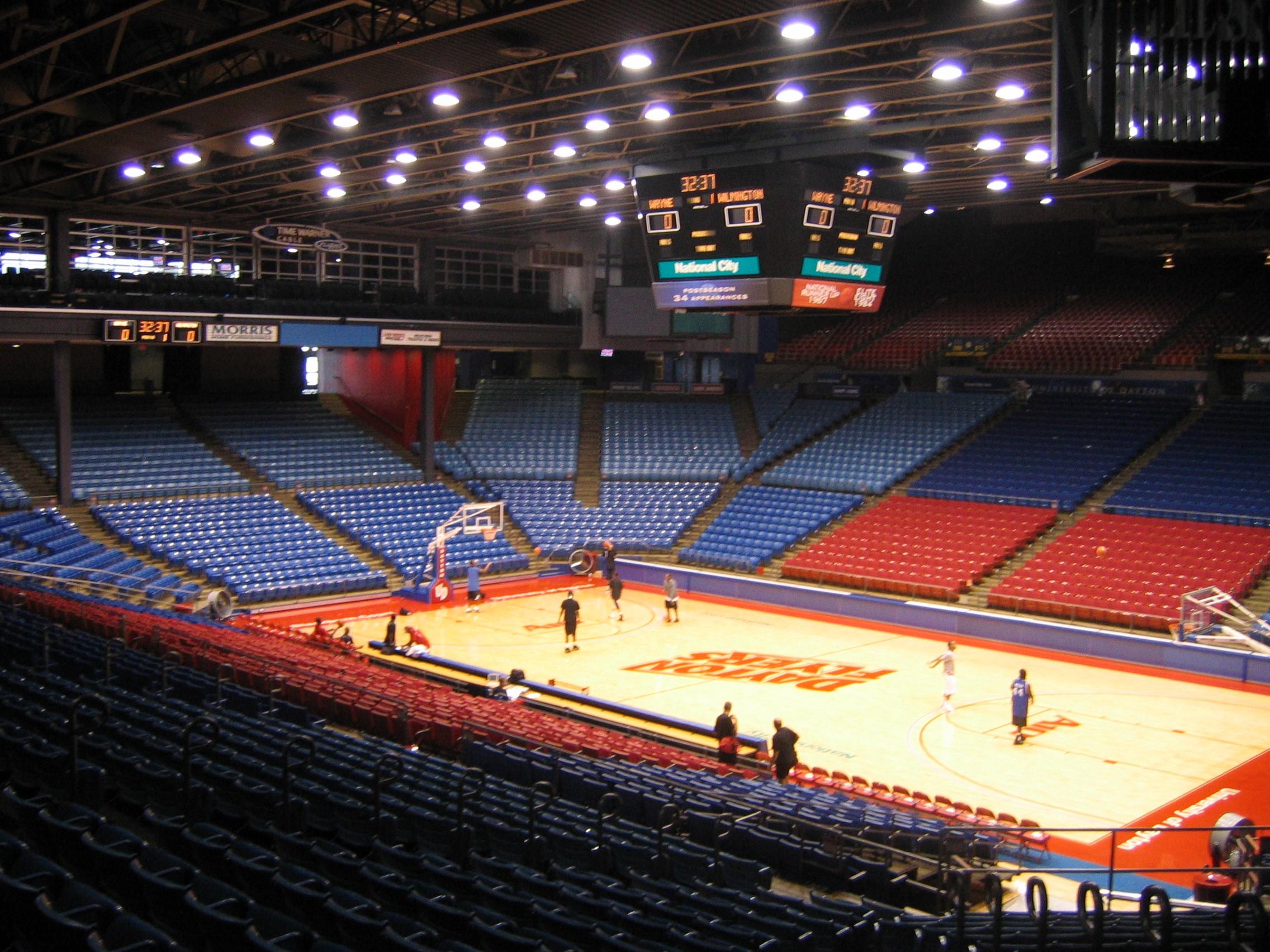 If you're filling out a bracket just for fun then you don't have much to worry about. Those private pools that include entry fees and cash prizes carry legal implications; putting money on the line places you smack-dab in gambling territory. When money is wagered on the outcome of a game, you've got yourself a bet that most states would consider illegal.

Despite its illegality, millions upon millions still participate in NCAA tournament brackets. Although it's nearly impossible to track exactly how much money is being wagered each year, the American Gambling Association estimates the number is upwards of $9 billion.

Why is Filling Out a Silly Bracket Illegal?

While state laws vary regarding gambling, and some make an exception for "social gambling", there are a few federal laws that make those NCAA tournament pools illegal. The Interstate Wire Act of 1961 prohibits individuals from betting or wagering through wire communication. Basically, no internet gambling a when it comes to sports.

In a more recent law, the Professional and Amateur Sports Protection Act (PASPA), made it specifically against the law to bet on sports. PASPA went into effect in 1992 and outlaws sports betting in every state except Oregon, Delaware, Montana, and Nevada, which each have laws that allow sports lotteries and pools. Five professional sports leagues, including the NCAA, eventually lobbied to make it against the law for a private person to operate a wagering scheme based on a competitive game played by professionals or amateur.

Chances Are You're Not Headed for the Slammer

In the grand scheme of things, authorities don't have the time or resources to track down and punish every individual betting on their team to take home the championship. If it's just a casual bet between friends, chances are you're not going to get in trouble. Running a pool that's making beau coup bucks off the endgame, enough to attract attention, may be another story.

Come November, there's nothing better than getting that extra hour of sleep, but springing forward for daylight saving time is dreadful. As it turns out, what started as a way to conserve energy, day light saving time may be doing us more harm than good. Research has linked an increase in fatal car accidents to the time change. Is it worth disrupting your sleep cycle to take advantage of an hour extra of daylight when the tradeoff could cost lives?

Did you know roughly 37% of adult drivers have admitted to falling asleep at the wheel? According to the National Sleep Foundation, 11 million of those drivers have also reported their drowsiness led to an accident. That's on a regular day. 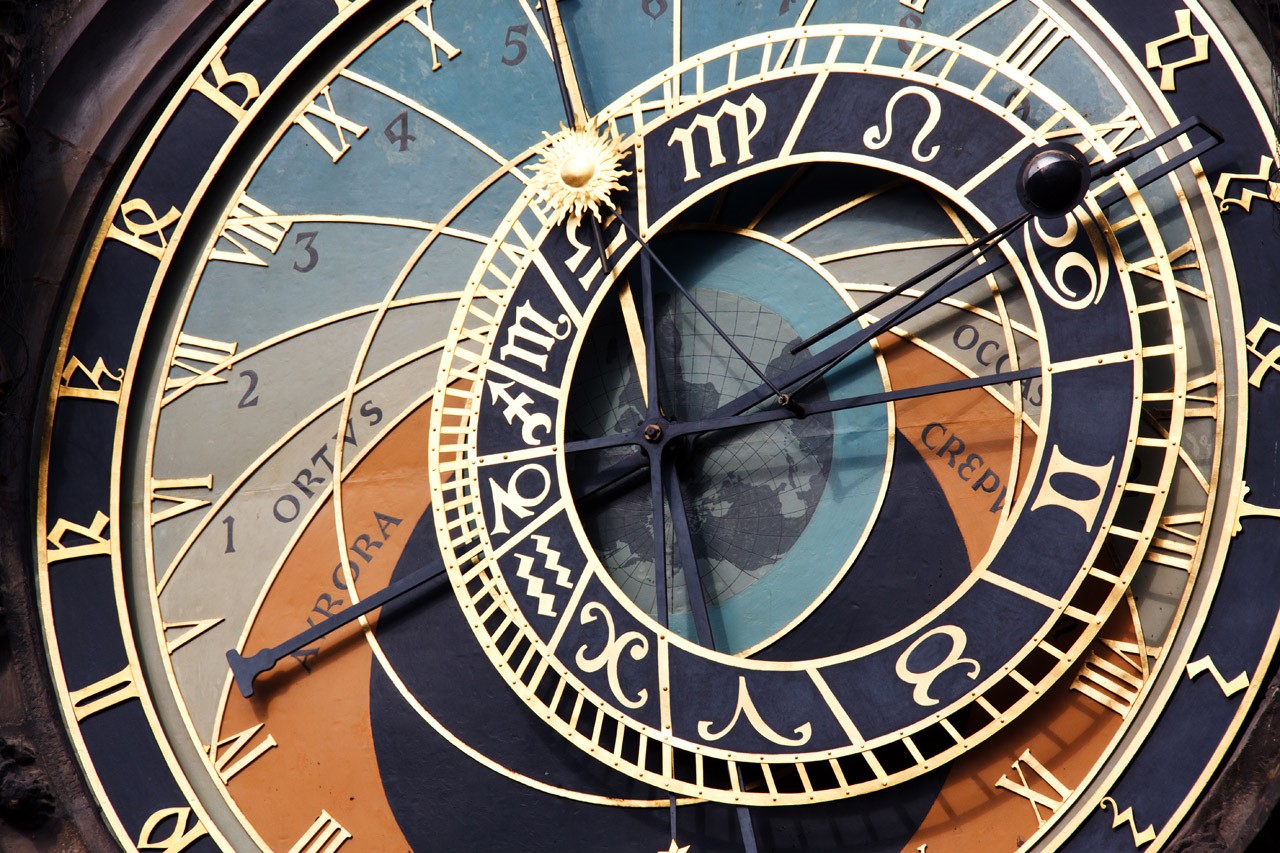 There's certainly research to support both sides of the fence, but a study that came from the University of Colorado Boulder reported a 17% increase in traffic fatalities on the Monday after springing forward for daylight saving time. The study, "Spring Forward at your Own Risk: Daylight Savings Time and Fatal Vehicle Crashes" found that within the first 6 days after daylight saving time, there were 302 deaths related to vehicular crashes.

Does an Hour Really Make a Difference?

Our circadian rhythm, otherwise known as our internal clock, tells our body when to sleep and when to wake up. During that time when our body is trying to wake up, blood pressure rises, heart rate increases, and blood vessels dilate, all of which can increase the risk of heart attack by 40%. Add on loss of sleep and it can have significant effects. Research suggests losing even just one hour to make that time shift causes a significant disruption in our natural circadian rhythm.

A separate study indicated that only getting 6 or 7 hours of sleep each night, down from the typical 8, can double the chances of being involved in a car crash. It makes sense that by taking away that extra hour of sleep, our bodies are forced to adjust to a 23-hour day, rather than naturally adjusting. Sleeping only 4-5 hours a night quintuples the risk of being involved in an auto accident.

Think of it like jet lag. When you change time zones, extreme tiredness is a normal physiological reaction. Sleepiness slows down your thought process and lowers concentration, all of which affects your alertness while driving. While the sleep cycle will still be disrupted during a time shift, it's best to head to bed at least an hour earlier the night before to help alleviate any extra tiredness that may come as a result.