Pre-Miranda Questions: Are You in Custody?


There's a big misconception out there that if you didn't get read Miranda rights, your case is ripe for dismissal. That's not always the case because there are specific aspects of the Miranda rule that need to be present before the absence warrants a case dismissible on those grounds.

Probably one of the most famous cases out there. What did this case really hold? 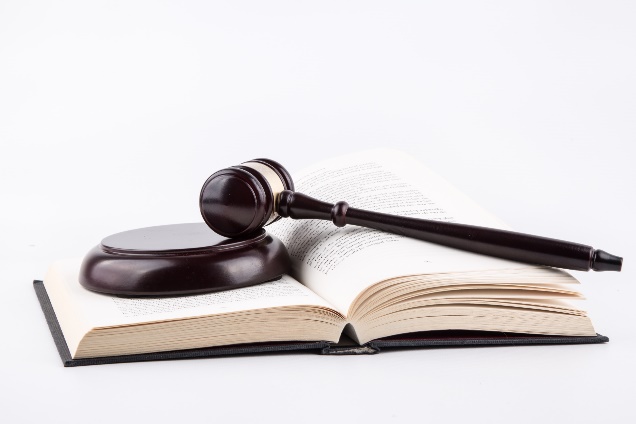 You see any potential problems there? Maybe not because the use of Miranda rights in television has created a false sense that these Miranda rights must always be read or a case will be thrown out, but police have figured out ways around it and there's two very distinct prerequisites that must be present to trigger the rule. What are the key distinctions, then?

A Person Must Be in Custody and Interrogated

Let's say you've been pulled over for a DUI. Upon pulling you over, officers typically ask a few questions. Some of the common big ones are whether you were driving and questions about what and how much have you been drinking. Let's say you answer all these questions, get arrested, and taken into the station where you're left alone and not questioned any further.

You may be thinking you're off the hook since you were never read your Miranda rights, but you're out of luck on this one because you weren't in custody at the time those questions were answered. Miranda only applies if you're in custody and you're interrogated after being detained in custody. This is precisely why officers love pre-Miranda questions. Talk about a punch in the gut.

When Are You in Custody Then?

Simply asking questions upon being pulled over doesn't mean you're in custody. Generally speaking, being in police custody means being arrested, but it can be anytime you're deprived of your freedom of action. It's not a scientific formula and comes down to one pretty simple question:

Are you free to leave?

If the answer is "no," then you're in custody.

Slip and Fall Injuries During Winter

Who Has the Duty of Care for the Premises? 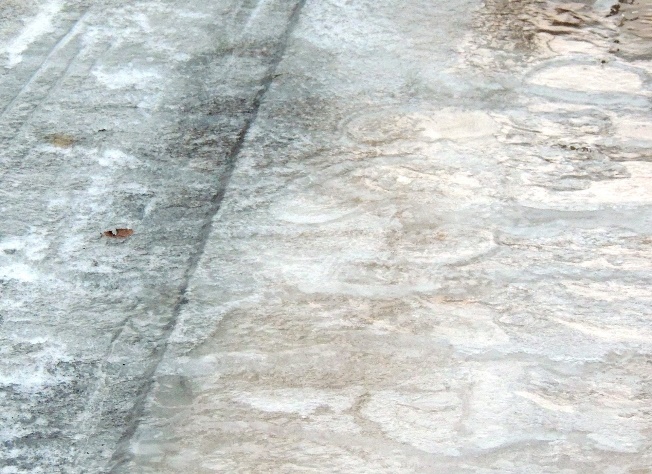 Slip and fall lawsuits are one of the most common types of lawsuits. Property owners who are aware that they have visitors coming onto their property either as a social guest or as a customer have a duty of care to maintain their property in order to avoid harmful injury to the visitors. If an area that a visitor slips on is the property of the owner and the owner failed to exercise reasonable care in taking appropriate precautions to avoid the injury, the property owner can be held liable for the visitor's injury. Visitors coming onto the property also have a duty to exercise reasonable care when walking onto area they know (or should reasonably expect) will be snowy and/or icy. Failing to do so may either reduce their recovery in a potential lawsuit or bar any recovery completely.

Premises Liability Laws for Slip and Fall Injuries During Winter

Under many premises liability laws, property owners have the duty to remove ice and snow from their properties if they know that they are going to have visitors on their property. There can be times when a slip and fall incident on an icy or snowy surface can occur because of the negligence or carelessness of the property or business owner. Premises liability laws suggest that landowners and business owners are responsible for keeping their land free from serious hazards. Under premise liability laws, a person that has been injured because of a slip and fall accident can bring on legal action to recover monetary damages for their injuries. The laws for snow and ice removal vary from state to state. In order to determine who is at fault in a slip and fall lawsuit, the texture of the snow plays an important role. The court also contemplates whether the pile up of snow and ice resulted naturally or unnaturally which could either make the landowner liable or not liable for the injuries.

Why You Need an Attorney for Your Arraignment 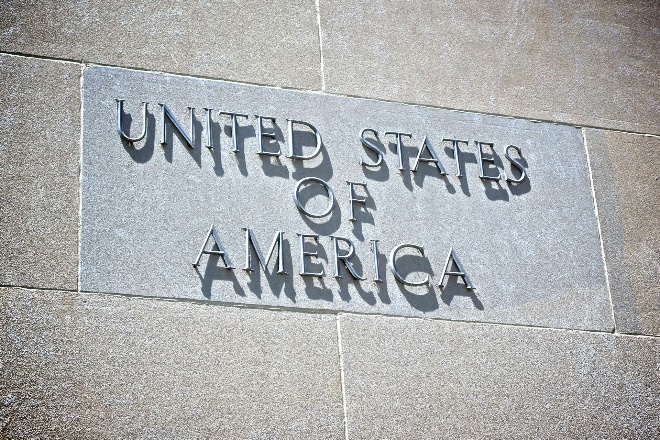 Getting arrested or being criminally charged can be scary. While an arraignment is more of an "administrative" court date and can often be handled without an attorney, there are several benefits to having an attorney present.

What Exactly is an Arraignment?

An arraignment, in some states called an initial hearing, is your first appearance before the court. This is where the defendant will be advised of the official charges against them and asked to enter a plea with the court. Once a plea has been entered, the court will give the defendant their next court date.

No evidence is presented at an arraignment, nor are witnesses called. This is not the time that a defendant's guilt or innocence is decided, nor are any merits of the case decided. Despite these facts, probably the most important reason a defendant would want to hire an attorney for their arraignment hearing is bail and custody issues—which should never be left to chance.

Negotiation is Key to Your Case

If a defendant has been arrested and is being held in custody prior to an arraignment, an attorney can negotiate with the local prosecutor to get you released on your own recognizance. This is, of course, the best option because it means being released from custody without posting bail. If being released on your own recognizance isn't possible, an attorney can negotiate with the prosecutor for a lower bail amount and argue on your behalf in front of a judge.

Other serious issues could come into play as well. Sometimes issues that exist with a state's case can only be raised prior to entering a plea at arraignment—an attorney will be able to help with this. It's also entirely possible to miss out on an offer that a prosecutor may be willing to hand out prior to entering a plea. These kinds of deals are typically only offered once an attorney has been hired. In fact, some prosecutors simply won't communicate with defendants who are not represented—this can even include not communicating about bail issues as well.

Regardless of how simple you think your case may be, contacting an attorney at the onset of your case is essential for the best possible defense.

Why You Should Trust Your Attorney

Hiring an attorney can be a stressful experience, but not quite as stressful as going through your case with an attorney you don't trust.

Rely on Their Knowledge and Experience

This goes hand in hand with trusting an attorney enough to tell them all the nitty gritty details about your case. Law isn't always black and white and every case is different. Attorneys give advice based on their knowledge of the law, how the laws specifically apply to the facts and situations of your case, and their experience in court with different judges.

Because law, specifically statutes, are open to interpretation, the same law may produce a different outcome in one case than it did in a previous case. While an attorney can never say with certainty how a case will turn out, once they've practiced in front of the same judges every day, an attorney often learns the nuances of that particular court room, which only benefits the defendant. 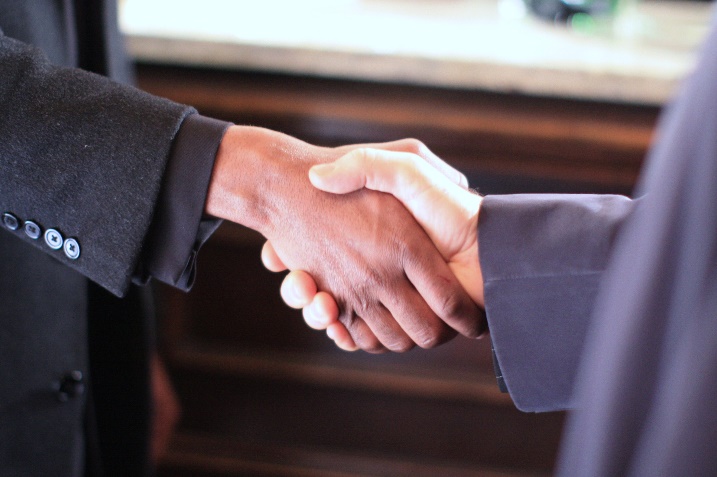 Silence May Not Always Be a Bad Thing

Sometimes, clients may feel upset if they don't hear from their attorney all the time. Recognize that attorneys do have other clients and this means sometimes prioritizing cases, but that doesn't mean one is more important than the other or they aren't working on your case. This may not be something you want to hear right off the bat, but it just means an attorney will focus on each case demands as they come up.

A defendant's trial is the most important part of the case, right? This is where an attorney will spend a significant portion of time and focus. If your pre-trial hearing gets continued because the attorney has to attend a jury trial for another client, don't fret! Sure, it can be frustrating, but the attorney is going to give you the same respect, time, focus, and attention on your case once it goes to trial.

If You Can't Trust Them, Move on to the Next One

Trusting your attorney is probably the most crucial aspect you should consider when hiring an attorney. You should even consider this a priority over financial aspects because, while those are important too, an attorney's sole job is to protect you from the system, whether you're innocent or not.

Be truthful with your attorney. Always. If you don't feel comfortable enough telling them the truth about your case, move on and find someone one that does make you feel comfortable. Some may be afraid to admit any guilt, but an attorney cannot provide effective representation without all the information. Remember, anything you tell your attorney is confidential and it only harms your case not revealing all the facts.