Every year, new state laws are passed and July 1st marks the date that these laws go into effect. This year is no different and many important and controversial laws will go into effect. Here is a list of the most anticipated laws:

California – The Healthy Workplace Healthy Family Act of 2014 allows for three days of paid sick leave per year for all Californian employees. This law applies to both part-time and full-time employees. Employees can earn an hour of paid leave for every 30 hours worked. Paid leave may also be carried over to the next year, but can be capped at six days.

Georgia – The state celebrated the Fourth of July with a little less bang this year because it was illegal to sell or use fireworks.

Indiana – This is the most controversial state law of the year. Indiana’s “Religious Freedom Restoration Act” also known as RFRA, restricts the government from “substantially burdening a person’s exercise of religion.” The purpose of the law was to prevent business owners from being required to provide and accommodate for gay weddings. Due to public outrage, the state added an amendment that would ensure that businesses could not use the law to justify discrimination against patrons.

Mississippi – The state banned all texting and posting to social media while driving. Fines are $25 per violation and will increase to $100 per violation in 2016.

Pennsylvania – School employees, volunteers, and any other persons interacting with children must undergo criminal background checks and clearances every 36 months.

Pre-Nuptial Agreement — Is It Right For You? 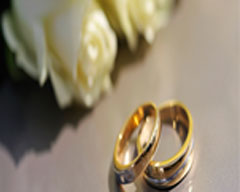 The United States Supreme Court recently ruled that marriage is legal for same-sex couples. But what does that mean for protecting individuals in those relationships? Getting married will not protect these individuals if they decide to split up a few years down the road. Should these same-sex couples (and opposite-sex couples) consider getting a pre-nuptial agreement to protect themselves?

I Already Got Married, Now What?

If you are interested in either of these options, a family lawyer can guide you on these relationship matters.

Clearing Your Name of Public Intoxication 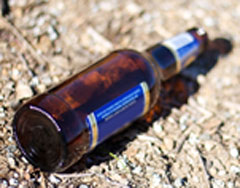 What Should I Do If Accused?

If you are accused of public intoxication, you should not attempt to argue or fight with the police officer. You should comply with the police’s orders to show that you are not rowdy and a disturbance to the peace. The more you resist, the more heavily charged you might be. However, you should not say anything accusing to the police officer or volunteer to take a blood alcohol level test. You have the right to lawyer representation, so don’t say anything incriminating before they arrive.

What Defenses Are Available?

Remember that public intoxication is legally defined as: being in a public place, being drunk or under the influence of a controlled substance, and causing harm or disturbance. In other words, if any of the three elements are not satisfied, then you may not be accused of public intoxication. Here, a lawyer would come in handy to help you show that the elements are not met. The common defenses used are:

If you are accused of public intoxication, please consult a criminal defense lawyer. Otherwise, you may suffer long-term irreparable damage to your reputation and even short-term financial losses. 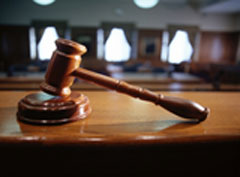 FIFA Scandal: The trial of nine FIFA officials and five corporate sports executives is expected to begin at some point this year. Only one of the accused is physically in the U.S., while others are either missing or awaiting extradition from their home countries, therefore delaying the start of the trial. The fourteen individuals are accused of corruption and organized crime involving bribery that totals $150 million. All fourteen officials are facing 10 to 20 years in prison.

Amtrak Crash: The horrific train derailment in May killed eight people and injured 200 others. So far, two crew members and four passengers have filed civil lawsuits against the Amtrak Corporation. Due to the risk involved in operating trains, the possibility of crashes, and fear of bankruptcy, congress set a $200 million limit in 1997 for compensation of damages in such incidences. There is no doubt the company is responsible for the crash, but what is yet to be determined is the engineer's involvement in the catastrophe. If Brian Bostian, the engineer, is found guilty of negligence or tampering, he will face serious criminal charges and years in prison.

Supreme Court Gay Marriage Ruling: The U.S. Supreme Court has finally legalized gay marriage in all 50 states. Bans on gay marriage are now federally lifted and all states must issue marriage licenses to every couple wishing to marry. They based their decision off of four cases, which are referred to as Obergefell v. Hodges. The two key issues the Supreme Court deliberated on is if individual states can prevent same-sex couples from marrying, and if they can marry, will the marriage be recognized by the state. As of now, individual pastors and churches are not required to perform marriage ceremonies for gay couples. But as acceptance starts to overrule discrimination, churches may be forced to hold marriage ceremonies for everyone.

Aggressive Cop in Texas: Yet again, a white male officer has been caught on film abusing his power towards black individuals. This time, the officer unnecessarily slammed a girl to the ground and pinned her when she refused to leave the scene. As he pushed his knee into her back, he waved his gun at the onlookers as a warning to stay back. The officer is currently on administrative leave, and more protests are expected.