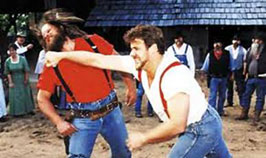 Privilege refers to situations when the law allows a person to engage in an activity that would be considered a tort if it weren't permitted by law. In our face-punching example from above, self-defense would be an example of privilege.

Consent refers to the person agreeing, preferably in advance and in writing, that you can punch them in the face, fully aware of the ramifications - like a broken nose.

Finally, immunity most often ties into law enforcement or state governments. Immunity can be determined by examining state and federal laws. Normally immunity defenses are touted in movies with diplomats, but it also applies to police actions in dangerous situations.

If you are summoned in an intentional personal injury lawsuit, then it's also likely you are, or will be, facing criminal charges like assault. Your freedom and a great deal of money are a risk. Obviously, you will probably be looking to hire a lawyer. Make sure your lawyer is pre-screened and has experience with your type of case for the best results.

5 Things You Should Know: Traffic Cameras 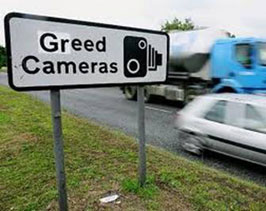 Nobody likes getting a traffic ticket because they're expensive and can be a real hassle to fight. On one hand, police keep us safe. On the other hand, getting a ticket for going 3 to 5 miles per hour faster than the posted speed limit may seem like a waste of time and resources.

Now the cat and mouse game of traffic tickets have been altered forever by the popularity of surveillance cameras to issue traffic violation citations.  Many departments have adopted red light cameras to capture speeding vehicles and folks who run red lights.  There are also highway mounted speed cameras that are devoted to capturing speeders.

There are countless myths surrounding traffic camera tickets, and the actual laws are often as confusing as the "loopholes." Here are 5 things you should know in case you're caught by a traffic camera: 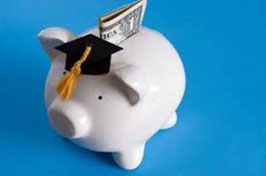 If you're over 15 years old, then you have a 1 in 3 chance of having gone through a divorce. Child custody and child support arrangements can be hammered out in arbitration or formal hearings as part of the divorce process, but who foots the bill when it comes to college tuition? The cost of college tuition is on a steady incline and jobs are still somewhat scarce.

Below is a list of states that require a noncustodial parent to pay for some or all college expenses:

Parents can be held legally responsible for supporting a child for as long as they are in college. Expenses that are often included in child custody matters consist of tuition, room and board, cell phone, new computer, clothing, emergency funds, and transportation costs. Some exceptions to providing support during college involve child support modifications for lost or reduced earnings, as well as unemployment. As with any child support issue, you will likely want to hire a lawyer who is familiar with your state family laws and local court procedures.

Business Law: Getting a Liquor License 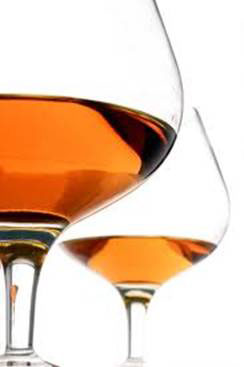 Let's face it: booze isn't going anywhere. You are at a serious disadvantage if you run a restaurant, store, or a bar(!) and can't legally serve customers beer, wine, or sometimes a mixed alcoholic drink.

The process of obtaining a liquor license varies from state to state, but all of them have an application process that takes from 6-8 weeks. It's likely you will have to file the application with a city, county, and/or state bureau. Many of these applications are made public so that communities may oppose the license or business.  City council or board meetings are most often the forums for protesting a liquor license's approval, so it's best to attend the meetings. You should also be ready to explain why your business will have a positive impact on the community.

If there is sufficient opposition to your liquor license you may be denied. Some areas only issue a certain number of licenses per geographic area, but there are a number of other reasons for rejection.  In any case, the agency overseeing the process must have a hearing so you can appeal the decision. An attorney can make all the difference in the process.

Lawyers are well acquainted with arguing on behalf of their clients and they may also know alternative methods to secure your liquor license. Experienced business attorneys can also handle the application process on your behalf that will ensure your application is completed correctly.