Finances: What if My Spouse Files Bankruptcy? 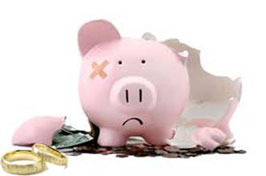 The BP oil spill pales in comparison to the hemorrhaging bank accounts that have been hit by the Recession. Money that was stashed away for retirement or a rainy day is beginning to, or has long past, run dry. It may be time to take a serious look at your finances and figure out if you can stop or fix the damage.

In many instances, if one spouse files for bankruptcy, it will not affect the other spouse's financial situation. Since debts are created through contracts signed by both parties (debtors who borrow and creditors who lend) you cannot be pursued by debtors trying to collect if you are not a party to the contract.

A big exception is Chapter 7 Bankruptcy, in which your debts are wiped clean. If one spouse files for Chapter 7, then the creditor can often go after the other spouse if there is joint held property that is nonexempt.  This is especially true in community property states like Arizona, California, Idaho, Louisiana, Nevada, New Mexico, Texas, Washington, and Wisconsin.

Bankruptcy rules are very case specific and rely heavily on your state's laws. If you're interested in learning more or want to find a lawyer who can give you some guidance in these tough times submit your case with LegalMatch.

Get Out of Bail Free? 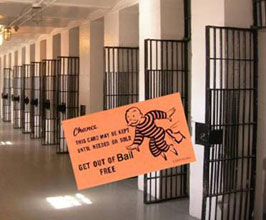 Everyone gets into trouble at some point. If it's a serious matter like criminal charges, then you will likely be given the option to post bail. Bail is the property, usually money, which is paid to a court in order to be released from custody before trial. Bail is an assurance to the court that you will show up on your trial date.

Bail is set by a judge who uses the type and severity of the crime, criminal record of the defendant, and the likelihood they will try to skip bail to set the amount that must be paid. People who are accused of murder and rape have drastically higher amounts of bail to pay.

This is when many folks turn to bail bondsmen. If you don't show up, then you will likely be charged with failure to appear, a warrant may be issued, and you could also face losing what you (or your bail bondsman) paid in bail.

So, you don't have a criminal record and you've been arrested for DUI: How can you get out of paying bail?

If you've been charged with a crime, you should immediately consult a pre-screened lawyer from LegalMatch. 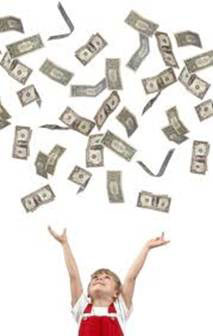 When two people have a baby in the United States, they are legally responsible for the welfare of the offspring until he or she turns 18 years old. Part of that legal responsibility is if the parents separate, they establish some kind of custody and child support provisions. Those arrangements can be done informally, but a Court usually becomes involved whenever there is a divorce proceeding, or a hearing specifically to address child custody or support.

But what happens if after a formal child support order is established, one parent runs into financial trouble and cannot pay the agreed amount of child support?

The job market has been tough to say the least, and lots of folks are finding themselves in financial hot water, barely scraping by. The good news is that child support arrangements can be modified in such situations with a little help from a Family Lawyer.

What exactly constitutes a "substantial" and "continuous" change warranting modification of a child support award?  Every jurisdiction is different, but some common examples include:

Child Support payments normally range between 20% and 50% of your income. If you've fallen on hard times, maybe its time to speak with a family law attorney. 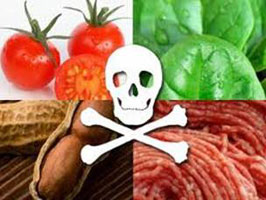 Do you remember the woman who sued Wendy's after she claimed a human finger was in her chili? They ended up busting her on the fake claim, but she could have been entitled to a big settlement. If you paid me a couple million dollars I'd gnaw my finger clear off my hand and laugh all the way to the Bugatti dealership.

Joking aside, people who get sick from food poisoning or find foreign objects in their food often have lasting health damage.   Both are discussed below:

Poisoning: If you've been poisoned by food, then you may be able to sue the manufacturer, distributor, restaurant, or grocery store. Compensation is available for medical expenses, lost wages while ill and recovering, pain and suffering, and in really extreme cases wrongful death.

Bugs & Objects in Food: Since nearly all the food we eat these days is done in mass production, there can be anomalies that pose potential risk to consumers. Courts generally dismiss lawsuits for objects that could be anticipated like bones in a salmon filet. Non-edible objects like pebbles and glass can cause severe dental damages and often lead to compensation. Bugs and hair in your food are considered foreign objects; however, if you didn't choke or suffer any injury, it's unlikely the lawsuit will be successful.

Personal Injury lawsuits from faulty or defective products are fairly common these days. Manufacturers and distributors have a duty to make sure the products they are selling comply with state and federal laws. If you've been injured by a foreign object in your food or have suffered from food poisoning, you may want to consult with a lawyer today and see what compensation options are available.