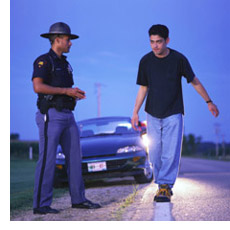 Driving under the influence of alcohol or drugs is obviously dangerous, illegal, and potentially fatal. Below are 5 of the most god-awful defenses to a DUI that have been used as well as 5 defenses that may actually help you.

If you have a specific question about DUIs or want to read others' questions and answers to get an idea of the issues, visit our Criminal Law Forum. 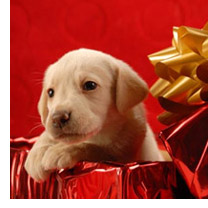 The simple fact is that dogs are expensive. Sure, it's great if you're willing to buy a rescued dog from the animal shelter, but many families only want new dogs (i.e. puppies) directly from a breeder.

After you've spent somewhere between hundreds and thousands of dollars, what guarantees do you have that the dog isn't a lemon? It may be surprising to find out but there are a number of states that have enacted puppy lemon laws. The laws hold breeders and stores financially responsible for dealing sick pets to customers.

Before you buy a puppy from a breeder, the seller must disclose the animal's health and immunization records, age, and history, such as where the animal was bred. Some of the states that have puppy lemon laws include:

If you have purchased a lemon puppy, the provisions work very similar to those vehicle lemon laws; if you've purchased a defective car you just take it back to where you bought it. Puppy lemon laws entitle you to a refund, a new healthy puppy, and reimbursement for any veterinary costs associated with the lemon puppy. You usually have 1-2 weeks to return your animal unless the issue is congenital, in which case you have a year in most places. Puppy lemon laws sometimes apply to other animals like kittens, too. 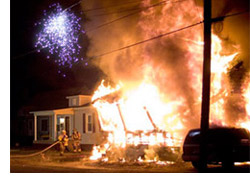 Every Holiday Season there are 3 standard sad news stories: burglary, fraud, and house fires. Most houses will go up because of heating or electrical problems, some will be lost to Christmas tree lights, and a select few will perish because Thanksgiving turkeys just shouldn't be fried indoors. The U.S. Fire Administration reports that over 156,000 fires erupt each Holiday Season claiming 530 lives and inflicting roughly $554 million in property damage. If you haven't lost your home to bankruptcy, be weary of fire this season.

The tips below won't necessarily prevent a fire, but they will help you lest you decide to decorate your Christmas tree with candles or if your kids find the fireworks stash while you're at work.

Do I Need Travel or Trip Insurance? 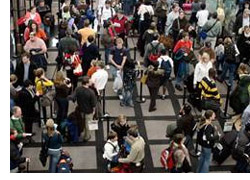 Sure, the holidays are meant for spending time with your family; unless you're Home Alone. As this holiday travel season gears up, it's important to take the proper precautions; whether you're flying home to visit the folks, or jumping on the next flight to "anywhere else but here." Travel and trip insurance cost money but may be a good idea in case the H1N1 virus or other illness drastically changes your plans.

Travel Insurance can save you money by reimbursing you for unexpected costs that may cause you to cancel, postpone, or shorten your trip, in addition to covering costs like unexpected medical expenses incurred during your vacation. If you have homeowner's or health insurance policies, then you may already have coverage for traveling. But it's likely that it doesn't cover cancellation or interruption insurance. You may want to inquire about the extent of your coverage before embarking on your vacation.

Trip Insurance is analogous to travel insurance but is often much more extensive. Trip insurance can account for cancellations, interruptions, delays, missed connections, medical emergencies, lost baggage, as well as accidental death or dismemberment. Cancellation due to war, terrorism, bad weather, or disease outbreak (that's you Mexico) are typically not covered by trip insurance.

Deciding if trip or travel insurance is worthwhile for your trip is largely on a case by case basis. If you're planning an expensive trip abroad, then it may be entirely worth it; but first you should check to see what coverage you already have.

I can't turn on the television without seeing one of the annoying Las Vegas commercials that show some poor schmuck telling his boss that he needs time off for some fake cultural holiday. Apart from having "upper management written all over him," we wonder how that guy has a job during the recession and more importantly, we wonder if we could get away with the same kind of malarkey.

Anti-discrimination laws seem to be the jumping off point for a number of very lucrative civil lawsuits as well as an outstanding method of strong-arming your employer into giving you time off. But what is a valid discrimination claim? Do these apply to the holidays and actual religious practices?

When Discrimination Can Occur in the Workplace:

If you have more questions about discrimination, you may want to consult a local lawyer who is familiar with the courts and specific laws in your area. LegalMatch will pair you with that lawyer. If you're not sure you're ready, read up on discrimination in the Law Library or post a question in the Legal Forums.