Make Sure You're Not Skiing into Disaster this Winter

Millions will descend upon America's ski slopes this season to fling themselves downhill at varying rates of speed and skill. But what happens if you or a loved one is hurt or killed? The National Ski Area Association reported that an average of 40 people are killed each year in skiing accidents and another 45 are severely injured meaning paralyzed or suffering a traumatic brain injury.

Below are some of the most common legal issues associated with the ski season:

The Purchase or Sale of Fraudulent Ski Lift Tickets
The big skiing destinations of Colorado, California, Utah, and Vermont all have separate laws that are solely dedicated to people who attempt to ski or snowboard with a fake, stolen, borrowed, or even without a ski lift ticket. In these states, fraudulent lift ticket crimes are prosecuted differently than normal criminal fraud or common theft charges. Fines up to $500 and jail time or a combination are normal sentences. To avoid being brought up on these charges:

If you have a specific question about fraud or want to read others' questions and answers to get an idea of the issues, visit our Criminal Law Forum.

Home Renovations: Permits, Zoning, and You

Since the economy has gone in the tank, many people have decided to renovate their homes rather than move. Many remodeling projects are often nothing like you see on HGTV home shows. Home renovations can be confusing and require many different considerations beyond picking materials.

One crucial part of home renovation is deciding whether you need a permit for your project. If you do not comply with local code and zoning ordinances, your home renovation could become a nightmare. Your local government could issue a stop work permit, fines, or even have your renovation taken down. You may also have to make costly repairs to bring your home up to code before selling it. In the end, building permits are normally fairly inexpensive for small alterations ($20 to $30), and can be acquired at your local government office. 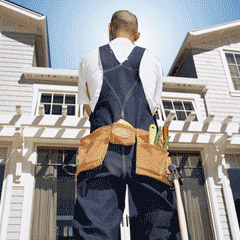 What Kinds of Projects Require Permits? Projects that Normally Do Not Require a Permit Include:

Concurrent with the remodeling trend, LegalMatch has seen an increase in the quantity of contractor and home renovation-related cases like local zoning ordinance challenges and improper construction cases. Be sure to check out your contractor's credentials and make sure you get the required permits. If you do have a construction dispute, it's best to consult a reputable lawyer in your area.

Lindsay Lohan and Paris Hilton Get Robbed:
A Guide to Stolen Property

The "Hollywood Hills Burglar Bunch" is on trial for allegedly commiting residence burglarizing of over $3 million of property from stars like Lindsay Lohan and Paris Hilton. The bunch was allegedly using star maps and paparazzi photos to track their victims, break into their houses, and steal expensive garb. This trial, plus the beginning of the Holiday Season, raises the issue of possessing and buying stolen property. The prevalence of Craigslist.com and Ebay.com seem to offer an inherent percentage of scammers and thieves that are trying to make a quick buck. But what happens if you buy stolen merchandise?

It is a crime to accept or purchase property that you know or believe to be stolen. The crime of receiving stolen property was enacted to deter people from rewarding thieves and deter theft in general. Penalties for this crime range from a misdemeanor to a felony. This doesn't mean that you will be arrested if the Nintendo Wii that you bought on Craigslist.com turns out to be stolen. However, if you went online after hearing about the robberies and tried to buy some of the Lohan and Hilton loot, then you may fall under the provisions of the crime because you knew, or at least could reasonably infer, that the items were stolen. 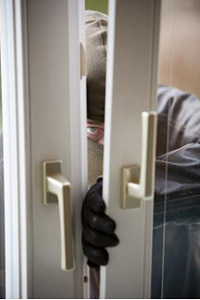 In Order to Be Convicted of Receiving Stolen Property, the Prosecution Must Show:

What Repercussions Does the Crime Entail?


It is likely that at some point we will all have bought some kind of ill appropriated merchandise; but the important thing to remember this Holiday Season if you buy stolen property, you could face criminal charges. Don't feel too bad about spending the extra few dollars to buy items from retailers - you should feel good about stimulating the economy!

You Poisoned Me, Fruitcake!

There's a considerable increase in the number of people dining out during the holidays, which usually means that there will be some kind of food poisoning outbreak. As if we didn't have enough to worry about with the Flu season and H1N1 virus…

Food poisoning is the result of bacteria like E. Coli, viruses, or pesticides finding its way into your food. While food safety in the United States is regulated by a number of government entities like the Food and Drug Administration, Environmental Protection Agency, Federal Department of Health and Human Services, and the U.S. Department of Agriculture, the FDA website still reports that "everyone is at risk for food poisoning." 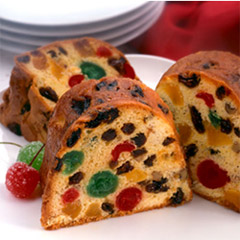 MedlinePlus reports that 60 to 80 million people get food poisoning around the globe each year; and if you have ever had it, you know it's insufferable. There are certain precautions that can be taken to lower your chance of being afflicted, like observing how the food is handled, but this is not always realistic.

If you are looking for compensation for medical bills, loss of work, or other issues associated with contracting food poisoning, then you may want to look into filing a personal injury lawsuit against the restaurant or grocery store that sold you the contaminated food. You must be able to prove that your injuries were caused by the defective product and that the defect was present when it left the control of the seller. Food poisoning cases can be difficult to litigate because the chain of events leading up to the illness and causation are hard to establish. An experienced products liability or personal injury lawyer can help you recover costs associated with the poisoning.

The Holidays are notoriously a time for people to wash down awkward forced social interactions with large amounts of eggnog spiked with brandy, or whatever those kids are drinking these days. We've all seen sitcoms that revolve around one overly drunk employee at a holiday party-but what happens in real life?

Below are the Top 10 Party Blunders you should steer clear of this season because they will drastically increase your likelihood of spending your Valentines Day in jail or the doghouse, and nobody wants that! 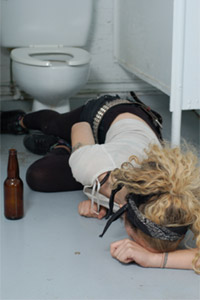