How to Start and Operate a Food Truck Business 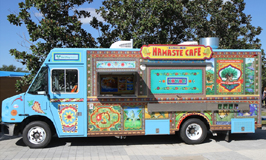 Food truck businesses are becoming increasingly popular due to low overhead costs and great mobility compared to traditional "brick and mortar" businesses. However, food truck proprietors must still abide by the licensing procedures of the locations in which the mobile business operates.

What's the Difference between a Kiosk, Food Cart, and Food Truck?

How Do I Create a Business Plan for Running a Food Truck?

A business plan for starting and operating a food truck consists of five important considerations:

What Regulations Must I Follow to Start My Food Truck Business?

Should I Consult with a Business Attorney?

Starting a food truck business is a task that involves careful planning and forecasting. An experienced business attorney can help you develop a proper business model so you don't encounter legal or financial troubles while trying to get your business off the ground.

Five Steps for a Happy Divorce 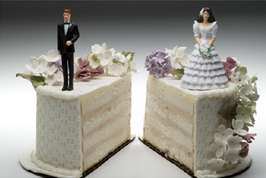 Divorce is a daunting experience for all family members. Following these five steps can help make it a little easier to untie the knot. 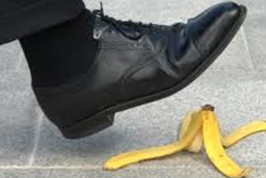 Personal injury law is often looked down upon as merely a recourse for crybabies. Detractors of personal injury law must imagine that everyone walks around just waiting to find a wet floor to slip on or something hot to get burned by. Although there are many cases that that are completely legitimate, it is true that some personal injury cases seem nothing short of comical.

In March 2005, Anna Ayala sued a Wendy's franchise owner in San Jose, California, alleging that she found part of a finger in a bowl of chili. Wendy's lost around $21 million in lost sales as a result of the negative publicity. No evidence was found that there were ever any missing fingers at any Wendy's restaurant.

Ayala began to look suspicious and she was later arrested and found guilty of attempting to extort money from Wendy's. Turns out the finger belonged to Brian Rossiter, the husband of one of Ayala's co-workers. He had lost the finger in a work accident. Ayala served four years of a nine-year sentence. As a condition of probation, she was banned from returning to Wendy's.

In 2006, Allen Heckard of Portland, Oregon sued former Chicago Bull, Michael Jordan, as well as Nike cofounder, Phil Knight, for a total of $832 million. Heckard claimed that he suffered emotional distress as a result of being mistaken for Jordan nearly every day for 15 years.

Although Heckard looked a little bit like Michael Jordan, he was still 6 inches shorter and 8 years older than the basketball legend. The lawsuit was dropped almost as quickly as it had been filed.

Blame It on the Alcohol

In 2009, 20-year-old Chelsea Hess was hanging out with friends at a sports grill in Bluffton, South Carolina. She was served alcohol despite being under 21, the legal drinking age of the state. She left the sports grill at around 1 a.m. while still intoxicated, lost control of her car, and rolled it off the road. Hess was not wearing a seatbelt, was thrown from the car, and sustained serious injuries. As a result of her injuries, she became a paraplegic.

Hess sued the sports grill in December 2011, arguing that it was negligent for selling her alcohol without verifying that she was at least 21 and for not checking to see if she was already inebriated before serving her. Hess also filed suit against the South Carolina Department of Transportation (SCDOT). She claimed SCDOT was negligent because it failed to maintain the shoulder of the road and mark the damaged area, factors which contributed to her car flipping. SCDOT responded by stating that "Any injuries and/or damages sustained by the Plaintiff were due to and caused by the sole negligent, grossly negligent, reckless, careless, heedless, willful and wanton acts and/or omissions of Plaintiff."

Crying over Spilled Coffee at McDonald's

In the infamous McDonald's case of 1992, 79-year-old Stella Lieback spilled a cup of McDonald's coffee in her lap and suffered third degree burns. During investigation, authorities found that McDonald's served its coffee at a temperature of 180 to 190°F, which is a few degrees hotter than the average coffee. Two years later, Lieback filed suit against the fast food giant claiming that the coffee was so hot that it was likely to cause serious injury.

Lieback sought $20,000 in damages to pay for her medical expenses. Despite many opportunities to do so, McDonald's refused to settle the case out of court. After trial, a jury awarded Lieback $200,000 in compensatory damages (which was reduced to $160,000 because she was 20% at fault) to cover her medical expenses and another whopping $2.7 million in punitive damages!

How to Handle a Frivolous Lawsuit 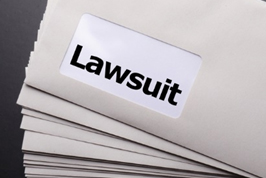 There is nothing more nerve-racking than being threatened with a lawsuit-especially if you know the lawsuit is completely frivolous.

A frivolous lawsuit is a lawsuit that does not have any legitimate merit. Sometimes these lawsuits are filed in order to intimidate people into paying a settlement or simply as a form of harassment.

What Should I Do When Someone Sues Me?

First, figure out if you have received a threat or an actual lawsuit. If you have actually been sued, then you will have been served with a complaint that lists specific causes of action for the lawsuit. If you receive a notice with no complaint attached, then there is likely no actual lawsuit, and your best course of action may be to reach an understanding with the other party.

If you have received a complaint, it is important that you answer it within the time limit. If you do not, you risk getting a default judgment, meaning that the plaintiff wins. Consult with an attorney on how to write an answer to the complaint. A standard answer denies every single claim the plaintiff has against you and also tries to bring up every possible defense.

It is important to draft a counterclaim to try to get sanctions against the attorney that filed the frivolous suit against you in the first place. Counterclaiming can entitle to you to attorney fees or other money damages if you win. Sanctions are intended to punish attorneys for filing frivolous lawsuits.

Tips for Avoiding Frivolous Lawsuit as a Small Business Owner

The price of owning a small business includes getting served a frivolous lawsuit every once in a while. One way to lessen the amount of frivolous lawsuits aimed at your business is to ensure that you have written contracts for everything. Make sure your contracts include the following clauses:

When it comes to dealing with a frivolous lawsuit, it is important to not be afraid. Do not let yourself be bullied into paying a settlement. Also, do not hesitate to consult with a lawyer. A lawyer will be able to tell you whether or not the lawsuit is truly frivolous and can help you file any necessary answers and counterclaims.