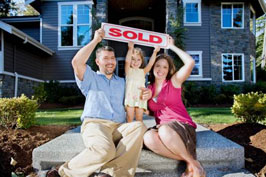 For first-time home buyers, the process of buying a house can be very exciting. At the same time, it can present some very unique challenges and legal issues. However, a lack of experience should not deter a person from shopping for a home, especially if they’re financially ready.

Here are some important steps and tips for first-time home buyers to consider:

Despite the hassles and tasks associated with the home sales process, the final result of homeownership can be very rewarding. For first-time buyers, it’s important to be protected against sellers, mortgage lenders, and other parties who might try and take advantage of your lack of experience. With proper legal representation, you can ensure that you’re getting the best deal for your specific needs and budget.

4 Ways to Avoid the Kiddie Tax 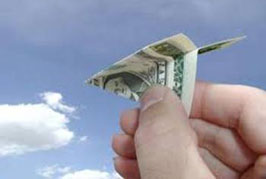 Included as part of the Tax Reform Act of 1986, the “kiddie tax” was intended to deter affluent parents from using their children’s accounts as tax shelters for their investment income. At one time, the kiddie tax only applied to the unearned income of children who were under 14; however, more recently, the tax affects all children who are under age 19, and full-time students under age 24 who are unmarried and whose income is no more than half of the yearly cost of their support.

According to the kiddie tax, children are taxed at their own tax rate on their unearned income up to $2,000 in 2014; this amount is the same as the threshold amount in 2013. Any income that they receive that exceeds the threshold amount is taxed at the highest income tax rate that applies to their parents. While the maximum income tax rate of their parents is 35%, the children’s tax rate is usually 10%. If children receive any unearned income that is less than the amount of the standard deduction, which is $1,000 in 2014, that income is neither taxed nor reported to the IRS.

The type of income to which the kiddie tax applies is income from income-producing property, or investment property, including stocks, bonds, mutual funds, cash, and real estate. Fortunately, there are ways in which you can avoid the kiddie tax. Gift your children investments that increase in value but that don’t yield much, if any, income until the time at which they’re sold. Here are some examples of such gifts:

3) Growth stocks or mutual funds – You can gift your children stocks or funds comprised of stocks from companies engaged in reinvestment of profits for long-term growth instead of paying taxable dividends to shareholders. You can then wait until after your children are exempt from the kiddie tax to sell the stock, at which time any gain will be taxed at the child’s capital gains tax rate.

4) Index funds or treasury bills – You can also buy funds with investments that are the same as a stock index and that will likely yield a minimal amount of taxable income. Another option is to purchase a treasury bill that will not mature until when the child is no longer subject to the kiddie tax.

What Is Divorce Reform? 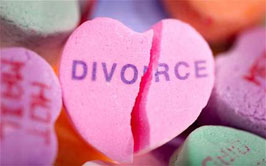 Social conservatives have recently created a new movement: divorce reform. The idea is that the divorce rate in the country is too high and the states should enact laws which will slow down, if not halt, the divorce process. The movement is aimed at helping young children who are caught in the middle, although critics have raised concerns that reform might cause other issues. Below is a list of divorce reform laws that have been enacted in various states:

This reform is by far the most popular law on this list. Nineteen states have passed laws which require couples to attend a mandatory class on sensitivity for a child’s needs, alternatives to divorce, or any other topic that state lawmakers deem necessary. The couple must attend these classes or training courses before the couple can engage in any further divorce proceedings. The course requirement is mostly for couples with minor children. Couples without children are often exempt from the course requirement. The amount of time may differ between states.

For example, Utah parents of minor children who seek a divorce must complete at least a one hour course on divorce alternatives and post-divorce resources. The course may be taken live, online, or through video instruction. This law is set to take effect in July 2014.

Mediation has received a lot of judicial support these last few decades. In many jurisdictions, mediation is mandatory before parties can proceed with child custody or visitation orders. Children are generally not allowed at mediation, but parties are allowed to bring attorneys with them. The California Bay Area, including Santa Clara and San Francisco, require mediation before child custody proceedings. However, mediation is generally not required if the mediator or the court discovers that one spouse is abusing substances or physically abusive.

Another popular tactic is for states to extend the amount of time it takes for divorce proceedings to complete. States like Utah and Louisiana require that there be a “waiting period” before the divorce is finalized. The hope is that the couples will change their minds during the interim. Counseling, mediation, and educational courses are often exempted from this “waiting period” to help the couple reconcile.

The length of the “cooling off” period will differ between states. Utah requires 90 days. Arizona mandates four months. Louisiana requires one year if there are children. Judges are often given the ability to waiver, extend, or alter the waiting period.

How to Stop Workplace Harassment 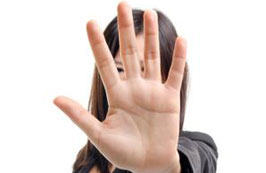 Workplace harassment is a serious issue in our society. Recent polls have found that as many as one in four women have been harassed at work.

A hostile work environment is when supervisors or co-workers act inappropriately and create an unwelcoming, hostile, or offensive environment. Some examples of inappropriate behavior include:

Quid pro quo harassment is different from a hostile work environment in that it usually involves a supervisor trading promotions and preferential treatment for sexual favors from his or her employees.

What Can I Do about Workplace Harassment?

The first step to curbing workplace harassing is to recognize the harassment for what it is. Does someone at your work make you feel uncomfortable and intimidated? Does he or she enjoy humiliating you? Is the harasser's conduct hurting your productivity and mental health? If you answered yes to any of these questions, most likely you are being harassed at work.

If you ignore the harassment, it might continue to escalate until you feel pressured to quit. The harassment might stop with something as simple as a word. Bullies are not used to people standing up to them and might give up once he or she finds out that you are no longer an easy target. When requesting your harasser stop, it might be best to have witnesses on hand to corroborate your side of the story. Never resort to harassing your harasser as it can lead to trouble for you.

Make sure to keep an accurate record of all the times you are harassed. Good record-keeping and witnesses will help you prove your side of the story and convince your management to act in your favor.

If the harassment still continues after you have taken the previous steps, you should file a claim with the Equal Employment Opportunity Commission (EEOC). It is also important to contact an employment lawyer. If an employer does not stop harassment after becoming aware of the situation, then the employer can be held liable and the harassed employee might be able to recover for any damages he or she suffered.