How to Avoid an Awkward Valentine’s Day at the Office 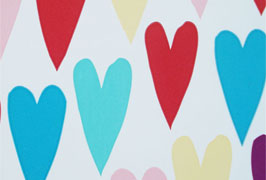 Valentine’s Day can be a fun time to indulge in special treats and to act thoughtfully towards people you care about. However, celebrating in the office can create some awkward situations that may even result in sexual harassment charges. Here are some tips to keep your office celebrations appropriate. 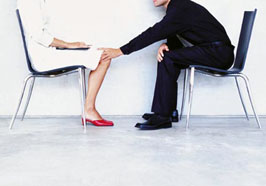 From a human resources standpoint, the only thing worse than two employees dating is an employee dating a boss. Romantic relations between a superior and a subordinate heighten the potential for office drama due to the imbalance of power.

If You’re Dating the Boss...

1) Follow company policy as much as possible. If the rule is no dating, don’t do it. If you’re required to disclose the relationship, disclose it. If you are permitted to date your boss, make sure you have another manager you can report to so that the personal relationship doesn’t overlap with work quality. Having a separate manager to report to will also be to your advantage if the boss you’re dating becomes vengeful after a break-up.

3) Ask yourself whether you’d still be dating that person if one of you left the company. If the answer is no, you probably have a motive for dating other than love.

1) An in-office relationship could end your job or your partner’s job. Or both. If you really want to go forward with it, make sure that the relationship is really a relationship and that you aren’t being used as a fast track to a promotion.

2) Maintain a professional standard. Expecting sex or romance in exchange for work will only result in a sexual harassment suit. That might sound like a no-brainer, but the potential lawsuits aren’t limited to the person you are dating. Other employees could make a hostile work environment claim, especially if they feel the only way to get ahead is to get in bed. Also, don’t assume that sexual harassment suits only come from heterosexual women.

3) Have a break-up contingency plan. Not every relationship will end well. Some relationships are destined to die and supervisor-subordinate relationships are usually subject to more stress than typical romantic relationships. In the event of a fall-out, make sure that both of you know what will happen. As the boss, you have the opportunity and the power to make your former partner miserable. Resist the temptation. Not only will you be the crazy ex-partner, you will also have a sexual harassment lawsuit. 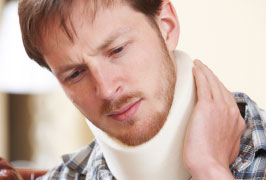 Contrary to popular belief, the goal of personal injury law is not to make victims rich. Instead, the goal is to restore victims to the state they were in before their injuries occurred. This can be achieved by providing compensation for their medical expenses and for their pain and suffering.

Obtaining your rightful monetary award is not always easy. The defendant will try to minimize the money owed. An experienced personal injury attorney can help you recover as much as possible. In the meantime, there are a few things you can do to help speed up the process:

If you have been injured in an accident, you should seek and receive medical treatment as soon as possible. This might sound obvious if you lost a leg in an automobile accident, but even minor injuries should be treated.

There are four reasons for this. First, your health is important. Second, your medical expenses will be part of the award. The best way to prove what those expenses are is to show the court or jury the bills you actually incurred. Third, the medical bills could support a claim of pain and suffering. Fourth, accident victims have a legal responsibility to prevent further injury to themselves by seeking medical assistance. If you were bitten by your neighbor’s dog and the wound becomes infected because you failed to see a doctor, the infection would not be covered. Your neighbor would only be liable for the initial bite.

Personal injury awards also include lost earnings or lost earning capacity due to the accident. If you slip and fall in a store and can’t go to work because of the resulting back injury, the personal injury award will include the lost pay while you were recovering. If you lost your job due to your back injury, the award will include your pay up to the time you can find a new job (if you are unable to work due to the accident, the award becomes much larger).

Lost earning capacity refers to possible income you lost. For instance, if you lost your job because of your back injury, you can not only collect for losing the job, you could possibly collect for losing a promotion you believed was coming. Proving lost earnings or lost earning capacity is not always easy though. The easiest way is to provide your attorney with evidence of your past income. Likewise, information that a jury could use to determine future income would also be helpful. For example, your parent’s income, median income for people your age in your career, etc.

Information gathering is crucial. If you were involved in a car accident, get the name and policy number of the other driver’s insurance company. If a DUI driver hit you, collect the names of witnesses as well as any police reports. Take pictures of your car with your smartphone. Preserve evidence as much as possible. Of course, not everyone remembers to collect data when an accident happens; that’s perfectly natural. Your attorney can do this for you, but any information you can provide beforehand would be greatly helpful.

4) Plan for the Future

Personal injury awards are given as a single lump sum, without any regard for inflation or taxes. The personal injury award is only an estimate of what your expenses will be. If the medical expenses were estimated to be $5,000 and they turn out to only be $2,000, the remaining $3,000 belongs to you.

However, if the actual medical bills turn out to be $8,000, you have to pay for that remaining $3,000 balance. The difficulty is that you may not know if you will need surgery until months or even years after the trial. So, after you pay off your medical bills, consider investing the remainder of the money. 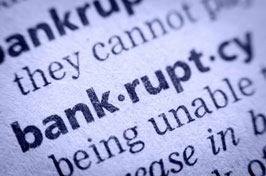 Bankruptcy is not an area of law that most people find especially daunting. Debtors who file for bankruptcy often make mistakes—mistakes which could result in their case being dismissed. After your case has been dismissed, it will be very difficult for you to file a second time. Subsequent bankruptcies will offer less protection if previous cases were dismissed due to debtor error. It is vital that debtors avoid making these mistakes when they file for bankruptcy:

1. Failure to Disclose All Assets

The first mistake a debtor can make is fail to report all assets to the bankruptcy court and the bankruptcy trustee. Assets can include anything tangible or intangible that the trustee could sell to make money for creditors. Real estate, leases, businesses, furniture, jewelry, clothes, royalty on sales, and vehicles are all assets in bankruptcy. Debtors have to report all their assets so that the court can decide which creditors can be paid, if any.

The second mistake a debtor can make is to transfer assets before or during bankruptcy. Fraudulent transfers, like non-disclosure of assets, are seen as attempts to evade bankruptcy law and will result in the debtor’s dismissal. For example, if a debtor gives his Lamborghini to his sister for $100, creditors could have the case dismissed.

3. Failure to Disclose All Income

By now, you can probably sense that the debtor’s primary responsibility in bankruptcy is to be transparent. Bankruptcy is divided into different types, or chapters. The debtor’s assets and income are necessary to determine which chapter of bankruptcy the debtor can file. Failure to report income can result in case dismissal or conversion into a different chapter of bankruptcy. Although conversion doesn’t sound too bad, it does draw the process out and will cost the debtor more money.

Bankruptcy is very procedural. The debtor must fill out an endless number of forms and meet with creditors. If the court orders the debtor to hand over property or make payments to a creditor, the debtor must comply. The entire process can be demanding, but the debtor must make every effort to comply.

5. Assuming All Creditors Will Be Paid in Full

In bankruptcy, all creditors are equal, but some creditors are more equal than others. In theory, the bankruptcy court controls the debt collection process so that all creditors will have a chance at getting paid. In reality, many of the creditors will go home empty-handed. Many debtors make one of the mistakes mentioned above because they are terrified of the mountain of debt they owe. The point of bankruptcy is that the debtor won’t have to pay off every penny they owe, enabling them to start fresh.