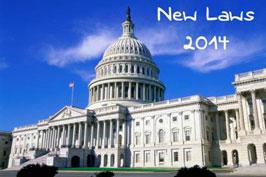 Many new laws were implemented the moment the clock struck midnight on January 1st, 2014. The following summary provides an overview of the most important new laws.

First, most of Obamacare is set to go into effect in 2014. This includes the individual mandate, the contraceptive mandate, the Medicaid tax hike, and small business tax credits. Employers are not expected to provide healthcare insurance for their employees until 2015.

Illinois’s Compassionate Use Act (CUA) for marijuana is also set to take effect in 2014. The CUA allows registered persons in Illinois to use marijuana for medical purposes without criminal prosecution. Employers cannot penalize employees for using medical marijuana, although employees can still be punished if they use marijuana at work.

In recent years, states have loosened their estate taxes in anticipation of baby boomer retirement. Most states which use estate taxes create a threshold where taxes are collected. For example, New York forces estates to pay 16% if the estate is over $1 million. If the estate is less than $1 million, no tax is levied.

However, in 2014, New York legislators will consider raising the threshold from $1 million to $5.34 million. In addition, New York might also reduce the estate tax from 16% to 10%. Similarly, in 2014 Tennessee’s estate tax threshold will go from $1.25 million to $2 million. In the future, look for states to eliminate their estate taxes entirely, like Ohio did last year.

California extends its labor protections to new groups which have not previously been protected. Military veterans will be given the same legal protection as individuals who have legal issues concerning race or gender. Employers are also prohibited from reporting or threatening to report an employee’s immigrant status if the employee asserts his or her rights under California’s labor laws.

Protections for Victims of Stalking, Domestic Abuse, and Sexual Assault

Same-Sex Marriage in Hawaii and Illinois 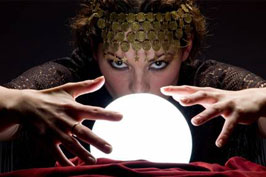 Most licenses or permits are perfectly reasonable. If you want to be a doctor or a lawyer, you need a license. If you want to drive a car or sell alcohol, you need a license. However, after the Great Depression, courts stopped protecting economic liberties and state and local governments abused their power to license by requiring licenses for otherwise harmless activities:

1. A License to Dance

A cabaret license is a permit which allows the business owner to have three or more people dancing on its property. That’s right: it’s a license to dance. Bear in mind that cabaret licenses are different from liquor licenses. As a result, it was not uncommon for bars to put up signs saying “No Dancing.” Cabaret licenses were originally enacted in the 1920’s as an adjunction to Prohibition, but enforcement faded after Prohibition ended.

In 1997 though, Mayor Giuliani revived the cabaret licenses in an effort to improve the “quality of life.” The official justification was that the noise could get out of hand, even though most nightclubs, restaurants, and bars were located away from residential areas.

In 2008, Mayor Bloomberg proposed to end the cabaret license requirements, but no further move has been made. 181 cabaret licenses have been issued in New York, most of them in Manhattan.

The City of Selma in California requires that fortune tellers and palm readers carry a business license if strangers want to pay to have their fortunes read. Compared to the cabaret license though, Selma’s fortune telling license is brand new. Until 2013, Selma had banned fortune telling in its city limits. The ban was enacted in 1979, but it was declared unconstitutional by state courts in 1989.

Still, Selma refused to repel its law until 2012 when Stephanie Davis sought to open a palm-reading business in the city. In 2013, Selma’s city council replaced the ban with a licensing requirement. The weirdest part about Selma’s law is that the city’s residents aren’t concerned about possible fraud, but that “these fortune-telling people are not of God.”

Sadly, Davis is still barred from opening her harmless palm-reading business because of a legal technicality.

Louisiana requires a license to make floral arrangements. In order to obtain one of these licenses, the state required the licensee pass a practical and a written exam. Thankfully, in 2010, the state eliminated the practical portion of the exam. However, would be florists in Louisiana still have to pass the written test.

The official justification for keeping people from earning a living by selling flowers is that consumers might buy flowers for someone else, but never see the final product. Or to prevent bacteria from growing in dirt; it is not clear what value the state attorney saw in defending the floral arrangement law.

Either way, public safety can’t be the justification. Every state except Louisiana does not require a floral arrangement permit and the rest of the country seems perfectly fine. The real purpose of the permit is to protect the state’s floral industry from new competition. 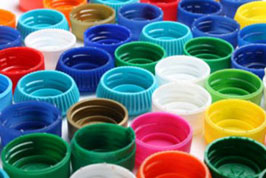 Some products that are very highly regulated include:

Additionally, the never-ending slew of new pharmaceutical drugs continues to be one of the most highly regulated areas of the products and services industry. This includes both over-the-counter and prescription products.

While legal issues with these types of items can be common, legal disputes can be reduced or prevented by applying some basic concepts. For instance, when dealing with dangerous and highly regulated products, you should:

Product lawsuits often revolve around warning labels and instruction manuals. Be sure to keep copies of your receipt and the packaging if possible if you think you have a legal issue.

The How to Recognize Workplace Discrimination 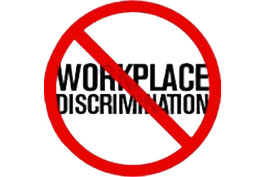 The following are some tips on recognizing employment discrimination. If you feel you are being discriminated against in the workplace, you need to ask yourself:

Some employees can mistake normal difficulties associated with work as mistreatment or unfairness. It’s important to note that filing a frivolous lawsuit is also a no-no, and can lead to severe legal consequences for the one filing such a claim. Thus, you should be sure you have a solid case before considering bringing an employment lawsuit. One way to avoid a frivolous lawsuit is to have the ability to prove that you’ve experienced measurable losses, such as lost wages or revoked benefits.

That being said, employers are not allowed to engage in retaliation, i.e. firing a worker who has reported a discrimination violation. Thus, if you think you might have a viable case for employment discrimination, don’t be afraid to speak up. In many cases, the initiative of one employee to begin an investigation can have positive effects on many other workers who may be caught up in similar situations.