5 Divorce Questions You Should Always Ask 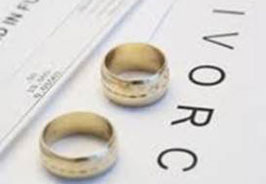 Divorce is never easy, but sometimes it’s the best option. If you’re thinking about filing for divorce, then you’ll want to consider the 5 questions below. As with any legal matter, the more knowledge you bring to the table, the better.

How to Sue for Sexual Harassment

There are two basic types of sexual harassment claims.

First, there is “hostile work environment” where an overall environment is offensive towards a particular person, discriminating against them based on their sex. This conduct must be "severe" and "pervasive" to be actionable.

Secondly, “quid pro quo” sexual harassment occurs when another worker (usually in a position of power) attempts to illicit sexual favors for benefits like a promotion or a pay raise. 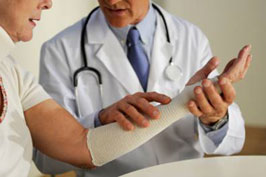 "Personal injury" is the area of law concerned with injuries and damages. Personal injury lawyers take a wide range of cases involving injuries including: automobile accidents, defective product claims, toxic exposure like asbestos, slip and fall, and wrongful death claims. However, you may not be aware that personal injury lawyers can also sue your insurance company when they wrongfully deny your claim (bad faith).

Personal injury lawyers aim to get you back on your feet. While we love hearing about those huge settlements, modest payouts are much more common as your lawyer helps you recover for your medical bills, missed work, and compensation for damages like pain and suffering.

Tackling your case can be tough because you’re forced to prove you were harmed as a result of another party. Like any legal matter, it’s best to get working with a lawyer as soon as possible. A personal injury case can be expensive, which is why most clients opt to hire a lawyer on a contingency fee basis. That means your lawyer doesn’t get paid unless they win the case. But there are a number of pros and cons to contingency fees. 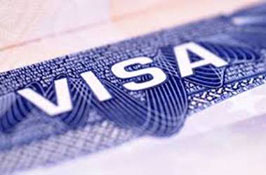 Immigration is one of the many “hot-button issues” in the United States. It’s also how this great nation became the melting pot it is today.

If you’ve been struggling with your immigration status or been thinking about immigrating permanently to the U.S., then you will want to review our breakdown of the two main immigration categories: permanent and temporary visas.

Permanent visas (or green cards) allow recipients to remain in the United States for long periods of time. A green card holder is also known as a lawful permanent resident (LPR) and normally requires the holder to renew every 10 years. The United States also offers other long-term options like H-1B visas for specialized workers, and the equally popular marriage visa.

Temporary immigration visas allow recipients to remain in the United States for a specific period of time. There are many reasons to apply for a temporary visa like U.S. business dealings, students wanting to study in the U.S., victimization due to human trafficking, and investigations by members of the foreign press, among others.

The most important thing is to make sure you get working on your immigration application with a lawyer. Immigration lawyers are familiar with the process and nuances of immigration law and can help you sort out any problem, like overstaying a visa.