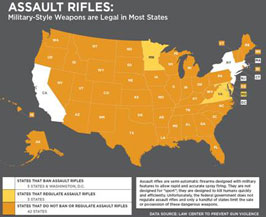 Being the world’s greatest country isn’t easy. The U.S. is constantly being tested and forced to evolve as attitudes and circumstances change.

The current gun control debate is one of the most pressing examples. Regardless of your attitude on guns and gun control, firearms are already regulated in a number of ways, leading to violations of the law and criminal charges.

Below are some of the most common (non-homicidal) gun charges:

Concealed Gun Possession Without a Permit—Generally, you’re allowed to have a gun in your home or your place of business. But if you bring that gun into a public space, you can face serious criminal charges if you’re caught carrying a concealed weapon without a permit.

Minor in Possession of a Gun—Most states like California, Florida, and Illinois have made it illegal for anyone under the age of 18 to possess a gun, specifically a handgun in most cases. States like New York have adopted a ban on handgun possession for anyone under 21 as well as laws against anyone under 16 possessing or purchasing a firearm. Parents of minors facing this criminal gun charge can be held liable in some states, too.

Illegal Firearms—There are a number of different firearms that are considered illegal to possess: unregistered guns, guns with the serial numbers removed, stolen guns, automatic weapons or machine guns, sawed-off shotguns, and silencers. Illegal firearm possession is a felony and may result in imprisonment, parole/probation, massive fines, and being barred from owning guns in the future.

Times You Wouldn't Expect to Need a Family Lawyer 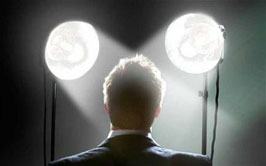 Legal-related matters are, for some reason, inherently confusing to most of us. There are all kinds of rigid procedures and odd forms to fill out. Additionally, there seems to be some kind of “specialist” for every conceivable case. One of the major areas of legal practice is Family Law.

Family lawyers handle all types of family related cases like child custody, child adoption, child support, divorce, separation, spousal support, and any other issues having to deal with tying (or more likely "untying") the knot. In other words, they’re your one-stop-shop for any legal needs relating to your family.

Here are a few types of cases that family lawyers take that you may not know about:

3 Reasons to Consult a Lawyer After an Auto Accident 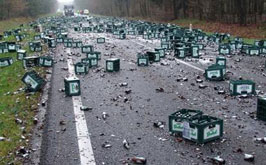 Automobile accidents are the very worst part of driving. They’re frightening, people can be injured or killed, and accidents cost a whole lot of time and money. Oh, and I hope you weren’t driving a friend’s car - that will make things even more complicated.

There are plenty of personal injury lawyers who love auto accident cases, but the average person – not so much. Hiring an attorney means you can avoid the nitty-gritty work most people would prefer to avoid.

Have You Paid Taxes?  5 Defenses to Tax Evasion 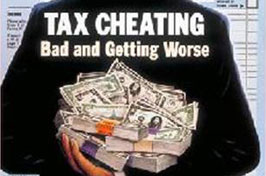 Unfortunately, tax time is nearing quickly. I can tell because of all those annoying commercials about “getting the most for your return.”  Some of us are lucky because our income taxes are taken from our check before we even get a chance to scoff at the new tax rate changes. However, others who own a business or have decided to settle up at the end of the fiscal year may find themselves in hot water.

In most cases, it’s a case of neglect or lack of means to handle the issue. Most people aren't like Wesley Snipes or Nicolas Cage and simply decided not to pay.

Hopefully your problems aren’t quite that drastic, but in any event you should hire a lawyer. Tax lawyers know everything about tax law. They can often keep you out of jail and negotiate manageable payments.

However, if you’re planning to take on “the man” you’ll want to check out these 5 common defenses to tax evasion:

Mistake—If you were somehow mistaken about what day taxes were due or what exactly needed to be reported, then you may have a mistake defense. It’s likely a lawyer will be able to help you select which mistake you made.

Statute of Limitations—There’s a time limit for the government to file a charge of tax evasion. Generally, the IRS must file a tax evasion lawsuit within 6 years of the crime.

Insufficient Evidence—To be convicted of a crime like tax evasion, the prosecution must show that you willfully intended to not pay your taxes. If the IRS made an error in their calculations then you may be able to beat that tax evasion charge.

Entrapment—This is fairly uncommon defense to tax evasion. Entrapment occurs when the government compels an innocent person to commit a crime they would have not otherwise committed.

Insanity—Insanity is also a rare defense to tax evasion, but it is possible to plea insanity in any court for any crime.