5 Bizarre Ways to Get Christmas Cuffed 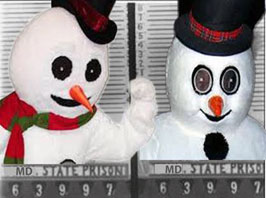 Some folks love Christmas more than anything and celebrate for months before and after the actual holiday.  No, I don’t mean the house at the end of the block that leaves their Christmas lights up year round.  I’m talking about the lawns that look like Frosty threw up on them.

It should not surprise you that there are also a number of people who feel just as passionately about destroying Christmas.  It’s not just Scrooge and the Grinch that are out to get your fruitcake.  Below are our top 5 most bizarre Christmas arrest stories:

5.  Telling the children at a Christmas Parade Santa isn’t real.  Yes, this actually happened.  In one of the most twisted acts of Scrooge-ery, a drunk man repeatedly proclaimed to the children “there is no Santa” at a Christmas parade.  He was quickly placed on the “Naughty List” and sent to jail.

4.  Stealing Holiday light displays is, arguably, one of the more despicable things people do during this time of year.  Fortunately for us, we have folks like the Honolulu Police who can apprehend Christmas light thieves.

3.  Frosty the Snowman arrested after allegedly being a jerk to the police.  A Chestertown, Maryland resident dressed as Frosty the Snowman made a disparaging comment about the presence of a police dog at a Christmas parade to an officer.

2.  Christmas tree theft is a real thing that can land you in jail Mr. Grinch.  There are some instances when people steal to provide for their loved ones and it seems more understandable. This is not such a case.  A West Sacramento resident was apprehended while attempting to steal a Christmas tree from a church.

1.  In South Carolina, a 12-year-old boy was arrested for opening his Game Boy in advance.  Yes, his parents were apparently very serious about holding off until Christmas (and probably trying to land a reality show deal).  The Rock Hill authorities arrived on the scene where the 27-year-old mother and 63-year-old great-grandmother (that’s 3 generations of 16 and Pregnant by my math) demanded the boy be taken into custody after showing no remorse. That’ll teach him! 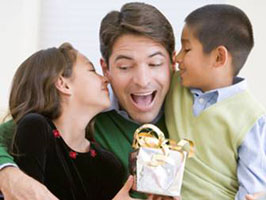 You’re probably thankful Turkey Day is over.  However, Christmas and New Year's is right around the corner.  The holiday season means spending time with friends and family.   Most of us have family traditions like going to see The Nutcracker, watching Christmas movies, decorating the tree, lighting the menorah, or whatever else fills your stockings with holiday tidings.

But what can you do if someone denies you time with the little people you want to see most?

Historically, courts tended to award custody to the mother and reasonable visitation to the father unless there were extenuating circumstances.  But that is changing today as more lawyers are focusing on father’s rights.

If you're not living with the other parent, then you probably have some type of child custody and visitation agreement.  Oftentimes these agreements are the best method of avoiding disagreements about who gets the kids for Christmas.  If you already have an agreement but it’s just not working, you’ll want to consult a family lawyer.

These laws vary greatly from state to state.  For example, in Florida, California and New York grandparents have greater restrictions because parents have the fundamental right to control how their children are raised.  However, grandparents may be granted visitation if they present a compelling court argument that visitation with them is in the best interests of the child.

Violating a child custody agreement is illegal and violators may be subject to penalties. If your ex isn’t following the visitation schedule then a family lawyer can help you take the next necessary steps including filing a motion for contempt of court or contacting the police.

Product Liability and Injuries from Gifts 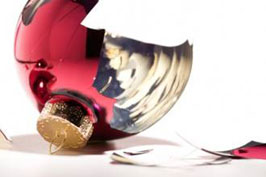 Gift giving is a hallmark of the holidays.  Consumerism is at its height with Black Friday, Cyber Monday, and all of the other seasonal sales and clearances.  You may not be aware that there are certain consumer protections in place that may help you if you’re injured by a product that could be considered defective or dangerous.

Product Liability is the area of law that helps people recover losses or damages from defective products.  If you’re injured by a defective product then you may hold the manufacturer, designer, distributor, or seller financially responsible based on where and when the defect occurred.

There are 3 types of product liability:

These are just a few of the aspects of product liability and the laws that protect consumers.  Personal Injury lawyers are knowledgeable of these types of cases and can help you sort out the options available to you.

It really feels great to help others.  It’s even better when you get to feel good about your donation AND write it off as a tax deduction!  While most of us know we can deduct the majority of charitable contributions, you may not be aware that there are limitations on the deductions you are able to make.

An individual’s tax deduction may be limited to 50%, 30%, or even 20% of their adjusted gross income depending on the type of donation and organization receiving the gift.  Generally, you are able to get a 50% write-off if you’re making donations to non-profit organizations like churches, hospitals, and special interest organizations.

Below are some considerations to make before donating money:

Deduction Proof: To make a tax deduction you will need some form of “proof” that you actually made the charitable contribution.  Usually this comes as some form of receipt and should include the information of the charity.

Legitimate Charity: Well known charities like The Red Cross, Habitat for Humanity, and revered local organizations (we like San Francisco’s Saint Anthony Foundation) are your best bet when you want to donate money.  There’s nothing worse than getting swindled by holiday con artists and it happens more often than you may think.

Bang for your Buck: Deciding where to donate your hard earned money is often a tough decision.  However, you can rest easy when you know your contribution is actually going to make an impact with those who need it.  There are a number of sites and watch groups who take special interest in making sure the donations reach their intended recipients.  Charity Navigator is just one such website.