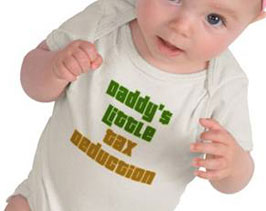 Have you heard about the guy who tried to write off his $50,000 wedding?  What about the officer who deducted his flattop haircuts? Yes, it’s tax time again. The crazy deduction stories are coming in droves. Here are our favorites from around the web:

1. Someone's a Few Fries Shy of a Happy Meal from FoxBusiness.com

New Jersey requires residents to pay a use tax on items purchased out of state if they were not charged enough sales tax. Sure, it can be a big moneymaker on things like electronics. But a Happy Meal?!?

Said one tax adviser: "I explained the use tax to a client who called the next morning and asked, 'If I get a take-out meal in Pennsylvania and they only charge 6% sales tax, do I owe the extra 1% to New Jersey? (which has a 7% tax)' He was talking about less than $1 he would owe New Jersey, but he doesn't want to miss one tax that he owes. The answer is no,' I told him; he doesn't owe the extra 1% if he eats it in Pennsylvania. But if he brings it back to New Jersey, then he owes the 1% difference."

2. A fallout shelter is not "preventive medicine" from TurboTax.com

Your own personal beliefs don’t usually fall into the category of things the IRS cares about. But, that can change on a dime as soon as you attempt to deduct your personal fallout shelter as “preventative medicine.” From their perspective, the fallout shelter is about as medicinal as a bulletproof vest or a roll-bar for your convertible.

3. The $3,000 Your Brother Owes You from BusinessInsider.com

Yes, in some cases, it is possible to write off a bad personal loan of up to $3,000 on your 1040 form – even one from a family member. But please don’t think the IRS will make it easy. You’ll have to prove there was a promissory note that spells out a repayment plan with a fair interest rate and show you made a good faith effort to collect. (Consider sending that deadbeat sibling an invoice.). You’ll also need to explain why you’ve decided you won’t be repaid. Then again, it might be easier to write off your brother.

4. The ‘Zoolander’ Deduction from PTMoney.com

Apparently the Derek Zoolander types, and others who work in front of the camera, often try and deduct personal property and perks like wardrobes and wax jobs. Says one CPA who handles a lot of clients who are models, “Models can deduct a lot of makeup and certain pieces of apparel, but it has to fit the rules; we don’t let them deduct the pedicures, manicures and back waxing for therapeutic reasons.”

One California CPA admits she did a double-take when a new client tried to deduct his hair plugs. "The first year I did his personal tax return, being aware that you could itemize your medical expenses, he asked me to expense his hair transplant. I had a heck of a time explaining why I couldn't."

Are You Risking a Premises Liability Lawsuit? 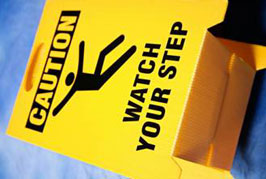 We all have to watch out for ourselves these days. You may be held responsible for injuries on your property whether you’re a small business owner, at-home daycare, or simply hosting a friendly party on the weekend.

There are 5 different types of premises liability you may encounter. Check and see how you fit in:

Maintaining an “illegal” immigration status limits your ability to travel, go to school, and take advantage of all the opportunities the United States affords. This year is the time to get going on your visa application.

Below are 4 different types of visas (or “green cards”) for which you can apply. They represent some of the most common types of visas and can relatively easily be obtained with the help of a lawyer, provided you meet the criteria: 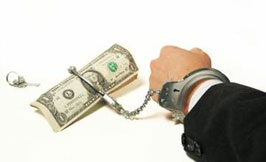 For the unlucky folks who have been notified that they are being audited this year, you may consider consulting a lawyer. Audits of income tax returns are random unless there are discrepancies between your itemized deductions and profits or losses. Offshore credit card users, high risk, high-income taxpayers, high-income non-filers, and those who fail to report an income all invite an IRS audit. Audits can also occur at any time during the year.

Since an audit costs the government money, there’s a low chance you won’t be surrendering at least some additional piece of your money pie. But you can still reduce the amount with a little preparation and legal advising.

The auditor will be looking at your bank statements, cancelled checks, receipts and other financial records relevant to your tax return.

One common recommendation by lawyers is to avoid providing information from other tax years not stipulated in the audit. You don’t want to provide unneeded information that could potentially land you in hot water. Obviously, tax audits are very situation-specific. A local lawyer can advise, help prepare, and even appeal the audit.