Your mouse is probably the last thing you think about when using your computer. But technology has come so far that you may be missing out with your old two-button mouse.

Below are 3 of the sweetest mice on the market with programmable buttons to clear your screen, launch programs, or anything else that might come in handy.

From time to time we all need a little inspiration. Check out this list of lawyer- and legal-centric movies that will have you paper-jockeying with the zeal of a first-year law student:

My Cousin Vinny(1992) is a classic. Brush up on your courtroom oral argument skills: “Everything that guy just said is bullsh*t.” Joe Pesci rocks a sweet mullet, you’re privy to the “optimal time for boiling grits” and there is arguably the best introduction to the rules of Criminal Procedure ever depicted in Hollywood.

12 Angry Men(1957) is all about hostile deliberations in a death penalty case. Henry Fonda produced the film and starred as the lone juror who exposes the prejudices, prejudgments, and psychological baggage of the jurors. Although it was cheated out of its three Oscar nominations, this adaptation of Reginald Rose’s critically acclaimed stage play was ahead of its time and still resonates today.

Philadelphia(1993) has gotten a bad rap lately. Sure, Tom Hanks can be pretty annoying at times (ahem - Sleepless in Seattle). But this story about an Ivy-educated lawyer who is fired from his law firm after they learn he’s contracted AIDS is really powerful. Hanks and Denzel Washington (his employment attorney) portray an insightful look at how hard it is to overcome personal prejudices in cases we take.

Erin Brockovich (2000) is an Academy Award winner featuring Julia Roberts. There’s something for everyone here: real estate, illegal dumping, environmentalism, sexism, and a fantastic “against all odds” message of self-empowerment. 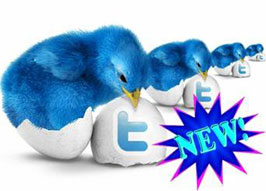 If you’re not on Twitter yet, then 2012 is the time to begin. You've gotten a late start, but with this fine-tuned “how to” list you or your law firm will be popular in no time.

In addition to demonstrating your worth through legal prowess, you can garner a surprising amount of clients from just 140 characters. You want an example? Just about every food truck’s sole existence is conveyed through Twitter. Unbelievable, right?

Choose Your Name Wisely. You have two places to explore here. Your Twitter name (or "handle") should be something related to your area of practice or your practice’s name. The real name under your handle is also very important. It should be YOUR name so that Google can link your other personal profiles and websites with your Twitter account. Using your real name under your handle also makes you (the lawyer) searchable directly.

Write, then rewrite your Bio. Why would someone want to follow you?  Your Twitter Bio should answer that question and be the base for each Tweet. That means if you’re the ‘Guru of California Real Estate Law’ you better not be tweeting pictures of your dog. Your Bio is the first, and possibly last, piece of information your prospective followers/clients will read. Make it count.

Thick Tweet. Nothing is worse than people tweeting about their mundane lives, using the 140 characters to bore you to tears. Make your tweets interesting by adding a link to something, whether it’s a picture, an article, a blog you just discovered or better yet—one you wrote.  Your tweet should start a conversation or at least inspire someone to learn more via the link. Create more room by using websites like Tiny Url, which shortens each link to just a few characters. 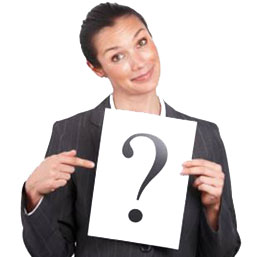 Each lawyer has their particular policies when it comes to accepting payments-- especially for clients who can’t afford to pay every dime up-front.  Many lawyers turn clients away, fearful that they won’t get paid their full dues, but others have created flexible payment plans, making their services more affordable and accessible to the general populace.

Nobody wants to act as a collections agent, but it is important to be flexible enough that you don’t scare potential clients away.  In the end, it is your responsibility to find the fulcrum between financial flexibility and you firm’s security, and to keep your practice profitable—without being taken advantage of.

If you are doing a payment plan or have recently decided to implement one, make sure that you aren’t too open-armed.  Try to set a limit as to how many payments you are willing to accept, and don’t bend the rules.  Rigidity with your payment plans can be a very good idea, and your commitment to pre-set plan rules will prevent subversive clients from taking advantage of your good nature.  You may end up turning some clients away, but you will protect your assets without driving away potential business.